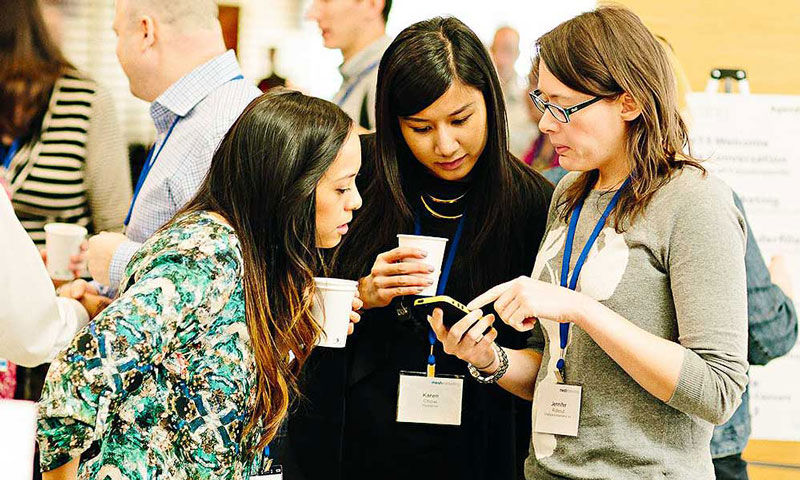 Kim Bridges, SVP and Director of Financial Planning for BOK Financial explains how approaches to personal finance differ greatly between women and men. Findings are drawn from BOK Financial’s recent study, conducted by OnePoll, where 2,000 U.S. citizens were interviewed.

Digital Journal: Your study found that 67 percent of women agree financial matters cause them stress and 44 percent of women are even too afraid to check their checking or savings account balance. These numbers varied greatly between men and women. Why do you think women struggle more?

Kim Bridges: There could be several factors contributing to the stress women are feeling around money, beginning with a recognition of their lack of knowledge and skills related to money management. In our survey, only 11 percent of women felt “pretty confident” that they know all they need to manage their finances successfully, and 22 percent indicated they had “a pretty good foundation” in personal finance. That leaves a full two-thirds of women respondents with less than a good foundation. Additionally, 48% gave themselves a grade of “C” or below in their personal financial management skills. Knowing that they don’t have enough knowledge and skills could certainly be contributing to their stress.

And while we didn’t gather data on income in this survey, it is well-known that women earn less than men for various reasons. Regardless of the reason for lower earnings, the fact is, less income contributes to greater financial stress. Half of the women in our survey reported that they are not currently contributing to savings, and those who are saving are contributing a lower percentage of income than men, with the primary reason that “there is never enough money after expenses to add to savings.”

It also appears that women don’t know who to turn to for financial advice, contributing to their stress levels. Far fewer women than men surveyed indicated that they had been influenced in their financial decision-making by family, friends, mentors or teachers, and half as many women as men have been influenced by financial advisors.

Relationship stress may also be intertwined with financial stress. 17 percent of men and 14 percent of women in our survey indicated that they don’t see eye-to-eye with their spouses on financial matters.

DJ: Can you attribute the lack of financial preparedness to any particular cause?

Bridges: Our survey results indicate that girls were left out of family conversations around money matters during their youth. 50 percent of women, compared to 30 percent of men, reported that they never discussed family finances with members of their families when they were growing up. This lack of conversation may have contributed to a lack of awareness regarding financial matters.

Bridges: Were there any other findings that showed the gaps between the financial literacy of women compared to men?

When asked about what resources they use to learn about personal finance, 30 percent of women answered that they “haven’t really looked for resources to learn about personal finance,” compared to 18 percent of men, a surprising finding considering that 35 percent of women indicated that they know they need to take steps to improve their financial situation compared to 26% of men. Evidently, while women recognize the need to become more financially literate, they may be frozen – like a deer in the headlights – not knowing where to look for resources or who to trust for advice.

It appears that some combination of not being exposed to conversations about money in their youth, experiencing their own financial awakenings later in life, and not knowing who to consult with on money matters may be contributing to lower levels of financial literacy reported by women.

DJ: What are the greatest obstacles for women to get their finances in order and meet their goals?

Bridges: According to our survey results, women report the number one obstacle to getting their finances in order and on track to meet their goals is stress. 28 percent of women indicated that they “get too stressed by finances and avoid dealing with them.” In second place, at 14 percent, was “My spouse and I don’t see eye-to-eye on financial matters,” followed by “I don’t have enough knowledge and don’t know where to start.” A lack of time came in at number four.

DJ: What is the first step women can take to feel less overwhelmed by their finances?

Bridges: 48 percent of women in the survey agreed with the statement, “I find it difficult to plan for my long-term future due to gaps in my knowledge about personal finance.” Hence, the obvious answer is that they need to start on a path of gaining knowledge about personal finance. They also need to speak up and have conversations about money matters with people they can trust, be it family, friends, or trusted professionals. Asking for guidance in locating trustworthy resources, including financial professionals and letting their trusted professionals guide them on their financial journey, is key to becoming financially successful.

DJ: Were there any other interesting findings from your study?

Bridges: More women than men report their financial awakening occurred later in life (30 percent of women compared to 17 percent of men report an awakening after age 40), meaning that women may be getting a later start on their financial awareness journeys. Adverse financial events that happen later in life may impact long-term financial security because there may not be enough time to recover lost earnings/savings. Clearly, improving financial literacy as early as possible helps insulate from late-life financial hardships. As they say, the best time to plant a tree was 20 years ago, but the second-best time is today.

In this article:Finance, Gender, loans, Women