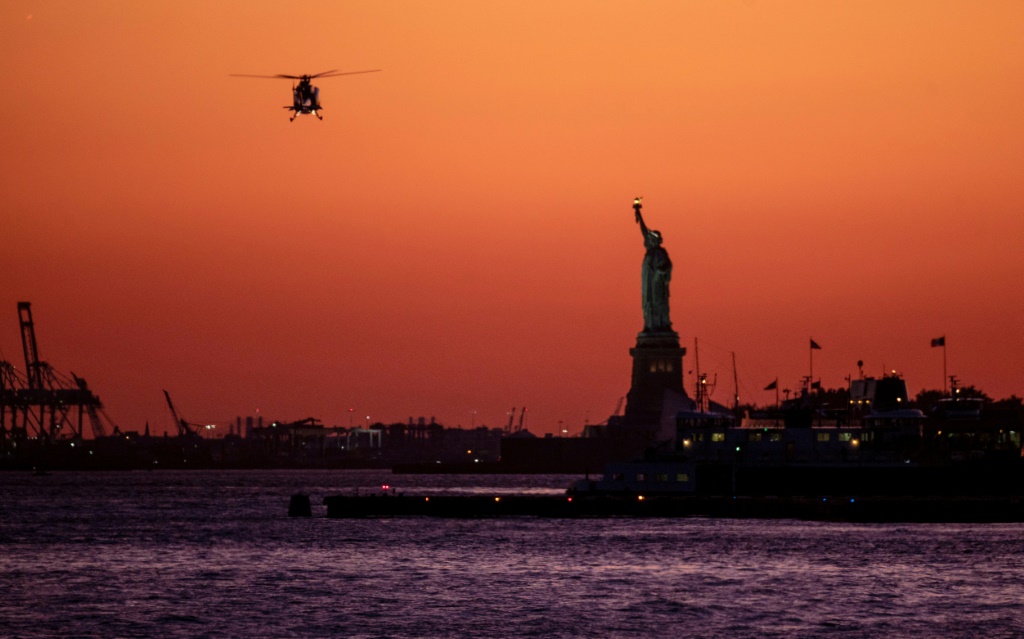 … And the good news just keeps spewing out of the regressive, directionless mess formerly known as America. Seems America can’t get enough propaganda. Can’t wait to be told what it thinks by any political skank of any kind.

The new bliss from the idiot factory is the revelation that “More than a quarter of Americans feel it might be necessary to take up arms against the government”. That’s according to a University of Chicago poll released last week. Previously, a Washington Post poll in January said 1 in 3 Americans thought violence against the government was “sometimes justified”.

The really great news is that these numbers are basically in the same bandwidth. They’re more or less confirming each other. The subject of these polls was the likelihood of the stupidest, most self-destructive, insane, possible outcome for America. Pretty damn reassuring, eh, bozos?

So, based on those numbers, about 75 to 100 million Americans really do want to fight the rest of America, to save America from America and above all the people they themselves elected. These same people in the polls report destroyed relationships and fear of speaking out due to polarization. It’s all fun in the US of A.

(Just by the by – Who are you proposing to shoot, O geniuses? Or is the better option to just shoot everybody, including your country and of course yourselves? …Or haven’t you got to that bit, yet? A fun-filled, lead-filled Christmas for America, perhaps?)

Meanwhile, SCOTUS has taken over the government, and any nutcase lawsuit can bring down a ruling in favor of medieval laws. People are making billions telling Americans that other Americans are the enemy and should be shot. Incitement to violence is usually a crime, but apparently not when it’s got that sort of money behind it.

Ain’t that just peachy keen? Obviously, there are no problems there.

This is a pretty high level of total mental incompetence on a national level. At the clinical level, the entire country should be at least under medical supervision, if not actual restraint.

A person who self-harms gets professional support and help. America gets Typo Carlson and the GOP Gargoyles Glee Club.

Talk about therapy, because America, you need it.

Another more generous, more tolerant analysis of the situation – You morons.

So a collection of groveling corrupt buffoons who spend their time fearlessly agreeing with themselves and getting paid for it can be trusted with information on any subject?

…Because that’s exactly what you’re doing. You’re swallowing any load of sewage spewed out from any source. Never mind if its total fiction or more usually toxic waste; never mind if it’s self-serving garbage from highly-paid vermin. It’s OK with you, right?

The Great Groveling Narrative is simple enough to be (shudder) Management Science Psychology 101:

The fleas are wagging the dog. This is the kind of scam you can only pull on proven idiots. And they’re getting away with it on a daily basis because you accept it.

Well? Any “theories”?  Enough with the theories. This is what’s happening right now, and you’re doing it to yourselves. Any fixes spring to mind?

While you’re at it, read this somewhat optimistic little ditty called the Preamble to the Constitution. It might help provide some objectivity, which you now totally lack.

We the People of the United States, in Order to form a more perfect Union, establish Justice, insure domestic Tranquility, provide for the common defence, promote the general Welfare, and secure the Blessings of Liberty to ourselves and our Posterity, do ordain and establish this Constitution for the United States of America.

In this article:Carlson, Scotus, The Great Groveling Narrative, United States of America