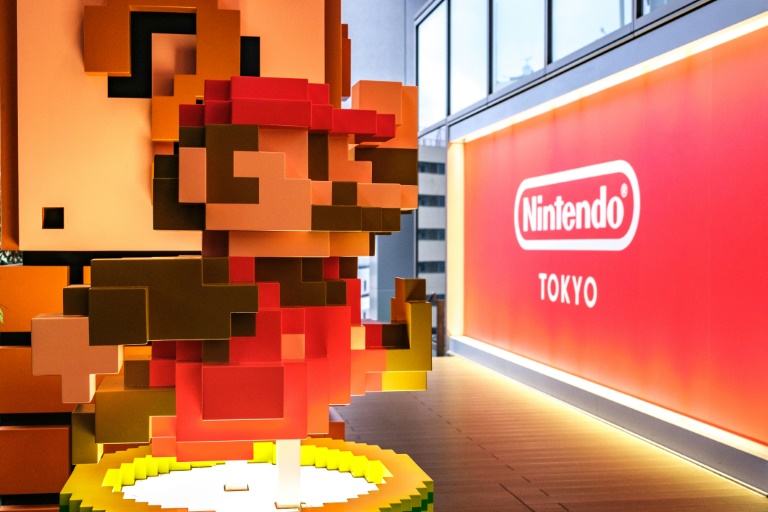 Nintendo on Tuesday reported a solid net profit for the financial year to March on the strong performance of its blockbuster Switch console, but issued a cautious forecast.

The company, which has benefited from a string of popular titles including “Pokemon Legends: Arceus”, posted a 2021-22 net profit of 477.7 billion yen ($3.7 billion), down just 0.6 percent on-year.

But it expects net profit for the current financial year of 340 billion yen, a yearly drop of around 29 percent.

Nintendo’s profits were sent soaring by a boom in demand for video games during the pandemic and the runaway popularity of the Switch, which was launched in March 2017.

It also released the Switch Lite in 2019 and the Switch OLED, with upgraded graphics and memory, in October 2021.

Growth in sales of these consoles “demonstrated a good balance between each of the three individual models”, Nintendo said.

“As a result of stable performance among the overall hardware lineup, final sales totaled 23.06 million units” in the last financial year, it added.

Highlights included “Mario Party Superstars” and its three Pokemon titles. The most popular was “Pokemon Legends: Arceus”, which sold 12.6 million units in the last financial year, it said.

But he warned that the company may find itself “unable to make hardware and unable to move products” as cargo ships wait in waters off Shanghai, which is under lockdown as China tries to stamp out Covid-19.

Nintendo said that “if Covid-19 interferes with production or transportation in the future, this might impact the supply of products”, warning that production may also be affected by the chip shortage.

Serkan Toto, an analyst at Kantan Games in Tokyo, said the Switch has been key to Nintendo’s success.

“For the first time in over 30 years, Nintendo is only focusing on one system,” instead of dividing its resources between different businesses such as TV consoles and handheld gaming devices, he said.

In this article:Earnings, Games, Japan, Nintendo