New York City’s “L Train” subway will not shut down for 15 months in April as previously planned.

Partial weekend shutdowns of one tube will likely still be necessary as repairs are underway.

One of New York City’s most crowded subway lines connected Brooklyn and Manhattan will not shut down for 15 months as previously planned, and an alternative repair method will be used that can alleviate the transit headaches for 250,000 daily commuters who rely on it.

The L train, which connects far-flung parts of Brooklyn including the Rockaways and Canarsie to Manhattan via popular neighborhoods like Bushwick and Williamsburg, saw its two tunnels beneath the East River badly damaged in 2012 during Hurricane Sandy.

Six years later, officials have said the tubes needed a complete closure beginning in April to repair damage from flooding, which inundated the tracks and corroded signals and other electrical equipment.

Using a new technology that has been used in Europe for tunnel construction — but never in the US and never for a tunnel reconstruction — a complete closure will not be necessary, Governor Cuomo said. Teams from Columbia and Cornell Universities’ engineering schools toured the tunnel and proposed the new methods.

“The simple fact is you have roughly 250,000 people who would need another way to get to work, have a tremendous impact on traffic,” Cuomo said at the press conference. “15 months sounds like a really short period of time, but it’s not if you’re doing it one day at a time trying to get to work.”

Before the new announcement, the city’s transit agency, the MTA, has been scrambling to figure out how to transport the line’s 250,000 daily commuters on buses and connecting subway lines. Experts were projecting crippling congestion on the Williamsburg Bridge, and even more packed trains on the few other options for the North Brooklyn neighborhood.

The impending transit emergency caused rents to drop in affected neighborhoods, many of which as much as a 45 minute walk away from other trains. Luxury buildings along the waterfront even announced plans for shuttles to Manhattan and other subway lines. Even more audacious hopefuls proposed things like a tram across the river or a floating pontoon bridge.

“This is the shortest, best route to the rebuilding of the tunnel,” Cuomo said.

Why the hurricane damage was so catastrophic

It’s very rare for a tunnel to be fully submerged in salt water, but that’s exactly what Hurricane Sandy’s massive storm surge did to the century-old tubes.
The salt water even infiltrated what’s known as a bench wall, a concrete section of the circular tunnel that housed electrical cables and communications lines. That’s why the repair is so work-intensive, the governor said.

“In new tunnels,” Mary Boyce, Dean of Columbia University’s School of Engineering, said at the press conference, “cables are not buried in the bench wall.”

To save money, those old cables will be abandoned in the old bench wall, which reduces demolition work.

After studying new tunnels in London, Hong Kong, Riyadh and more, the group recommended the new technology which can use the same confined space more efficiently than previous designs.

Cables will be “racked” on the side of the train tunnel, and thus more easily accessible, with the negative power return cable on the track bed for grounding.

“This is decoupling the cable system from the benchwall,” said Boyce. “We are not giving up or sacrificing any functionality of the system.” 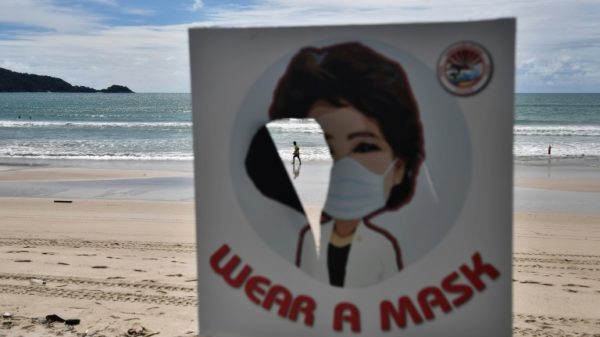