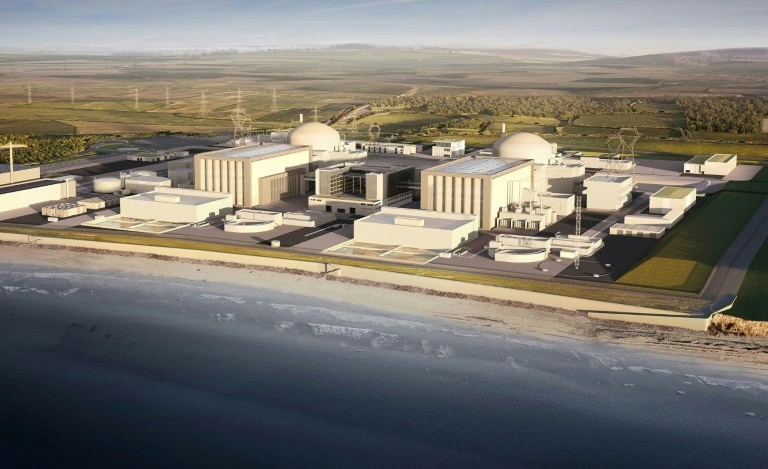 An already-delayed giant nuclear plant in southwest England will open a year later than planned and cost up to £3 billion more than previously thought, French electricity giant EDF said Thursday.

The total cost of Hinkley Point C, which aims to provide seven percent of Britain’s total power needs, had already swelled to as much as £23 billion and had been due to begin generation in June 2026, already well behind schedule.

“The start of electricity generation for Unit 1 is targeted for June 2027, the risk of further delay of the two units is assessed at 15 months, assuming the absence of a new pandemic wave and no additional effects of the war in Ukraine,” EDF said in a statement adding that costs were now estimated between £25 billion ($31 billion, 30 billion euros) and £26 billion.

EDF said in its statement that there would be no additional cost to British consumers.

“During more than two years of the Covid-19 pandemic, the project continued without stopping. This protected the integrity of the supply chain and allowed the completion of major milestones. However, people, resources and supply chain have been severely constrained and their efficiency has been restricted.

“In addition, the quantities of materials and engineering as well as the cost of such activities, including, in particular marine works have risen,” it added.

Britain has a total of 15 nuclear reactors at eight sites around the country, but many of them are now approaching the end of their lifespan.

However, the government wants to maintain the 20 percent of electricity it generates from nuclear to help meet its pledge to reduce carbon emissions to net zero by 2050 and tackle climate change.

Critics have focused on the proposed design, which uses a new European Pressurised Reactor (EPR) system that has been beset by huge cost overruns and delays at sites in France and Finland.

Britain’s National Audit Office has long criticised the scheme, with the watchdog saying the government has “locked consumers into a risky and expensive project with uncertain strategic and economic benefits”.

Launched in 1992 as the pinnacle of French nuclear technology, the EPR was originally developed by Areva in a joint venture with Germany’s Siemens, which later withdrew.

Later taken over by EDF, the project called for a plant able to operate for 60 years using pressurised water technology, the most widely-used in reactors around the world.

Similar problems to those at Hinkley have hit EDF’s project at Flamanville in western France, although the firm has successfully launched two reactors with Chinese partners in Taishan, China.