The company told investors on Friday they were still assessing demand for the project with oil companies. and were still waiting on approval of the pipeline route by Nebraska regulators.

On Thursday the company called for an “open season” on Keystone XL, a process in which potential customers are invited to bid for contracts to ship oil on the pipeline that would connect oil sands in Alberta with refiners and export opportunities in Texas.

TransCanada Executive Vice President Paul Miller said during the company’s second-quarter earnings call that the open call will last until September, adding that the decision to build the $7.0 billion pipeline will come later this year, probably in November or December. 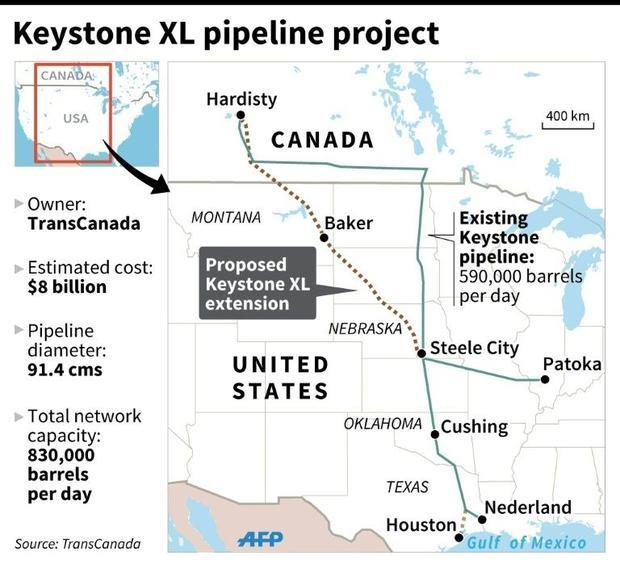 The Keystone XL pipeline
, AFP
“In November, we’ll make an assessment of commercial support and [Nebraska] approval,” Miller said. “In the event we do decide to proceed on the project, we’ll need six to nine months” before construction could start.
Advertisement. Scroll to continue reading.

TransCanada is still waiting on approval from Nebraska regulators before they can finalize the pipeline’s route through the state. And when the pipeline company gets all its ducks in a row, it will take two years to build the pipeline.

If TransCanada does decide to go ahead and construct the pipeline, it would be finished in 2020, right about the time of the next presidential election, and President Trump would undoubtable use its completion as part of his campaign for reelection.

However, the way things stand right now, one of President Trump’s signature energy policy promises — to approve Keystone and get it built — may fall victim to commercial pressures and not get done. The pipeline was delayed repeatedly by President Obama, much to the chagrin of the Republicans. 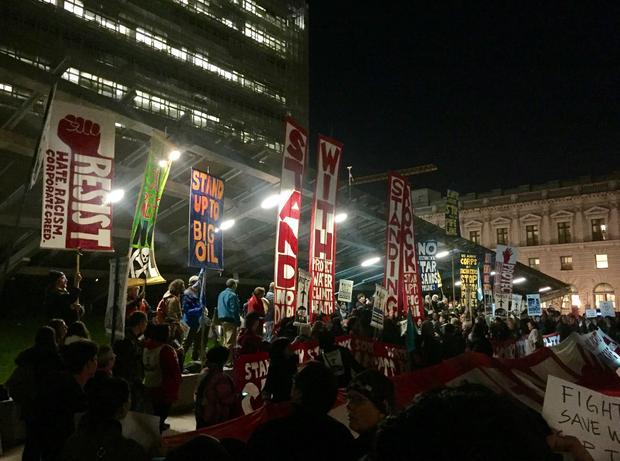 Jim Carlson said he rejected offers as high as $307,000 from TransCanada Corporation to lay pipe across his land. “They’ll have to go under it, around it or tear it down to get their dirty oil from Canada to the Gulf of Mexico,” Carlson told reporters.

Jane Kleeb, the founder of Bold Nebraska, a group opposing the pipeline, said they’ve raised more than $40,000 to install solar projects in the path of the proposed pipeline. “We’re not just out in the streets protesting with signs, but we’re actually building the type of energy we want to see,” Kleeb said.

Nebraska’s pipeline-siting law bars the commission from considering safety issues, “including the risk or impact of spills or leaks” from the pipeline.