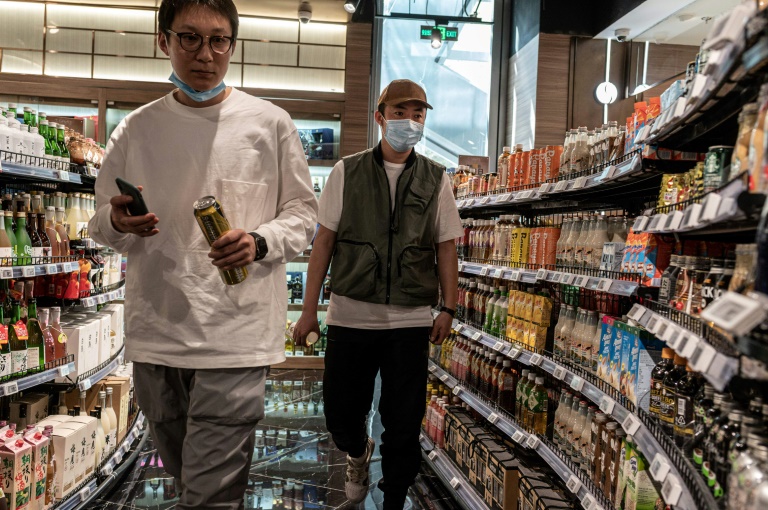 Growth in China’s retail sales sank in August to a 12-month low, data showed Wednesday, as parts of the country were hit by lockdowns and other containment measures to fight the worst Covid outbreak since its initial spread in 2020.

The figures are the latest pointing to a slowdown in the world’s number two economy, and observers warned that a fresh flare-up could add to the weakness, adding that a crackdown on private enterprises was also taking a toll.

Retail sales grew 2.5 percent last month, well short of the seven percent forecast and sharply down from the 8.5 percent witnessed in July. The reading was the lowest since August 2020.

Industrial production growth was also slightly below expectations and slower than the month before.

The data comes after a string of figures indicating the economic recovery enjoyed last year and at the start of 2021 was petering out.

China’s services sector contracted in August for the first time since the start of the pandemic while factory activity expanded only marginally as a new domestic coronavirus flare up kicked in.

The summer outbreak was China’s largest since the first at the start of last year, forcing authorities to lock down millions and curb travel during the peak tourism period.

The tepid growth figures are “largely due to the Delta variant wave and unprecedented tightening measures on the property sector”, Ting Lu, at investment bank Nomura, said in a research note, referring to Beijing’s moves to tighten restrictions on real estate companies.

“Unfortunately, a new wave in the Fujian province is dimming the hope (or a recovery)… We reckon that China’s zero-Covid strategy could be increasingly costly for the Chinese economy.”

But demand for exports remained strong, especially as rival manufacturers have been crippled by virus outbreaks.

“The disruption of industrial production in major … manufacturing hubs such as Vietnam and Malaysia due to escalating Covid-19 Delta waves has also helped to switch export orders to China, helping Chinese export manufacturing firms,” said Rajiv Biswas, an analyst for IHS Markit.

Officials have been jittery about unemployment causing social unrest after the figure hit a five-year high 6.2 percent in February 2020.