The “State of the Legal Marijuana Market” report, released by Arcview Market Research and BDS Analytics – notes that despite pushing the legalization of recreational marijuana from June to October 2018, Canada still managed to increase their spending on legal marijuana from $755 million to $1.6 billion.

These figures put Canada in the number three spot in the global legal weed market. According to Statistics Canada, California is still in first place. Canadians spent $5.7 billion on weed in 2017, with the vast majority coming from the black market.

Manisha Krishnan is a Senior Writer with VICE. She told Kitchener Today that the new numbers in the report released by Arcview Market Research and BDS Analytics includes medical marijuana sales.

“Medical cannabis has been available for years – so that $1.6-billion figure includes all of 2018 for medical, and then essentially three months for when the recreational market opened up as well. But nonetheless – we basically doubled our spending on legal cannabis from the year before.” 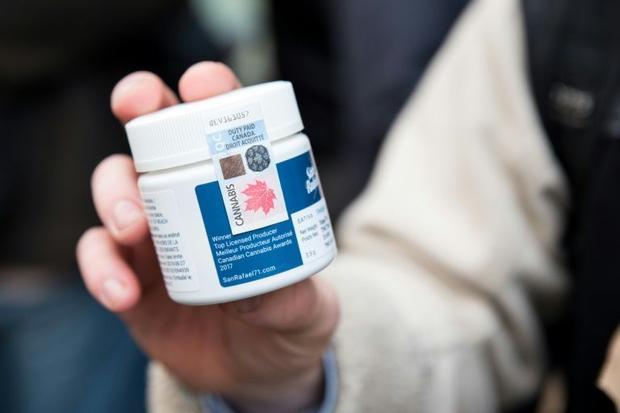 File photo: A customer shows a marijuana product that he bought legally after entering a cannabis store in Montreal
MARTIN OUELLET-DIOTTE, AFP

Canada may overtake California as top weed market
According to a 2019 report from BDS Analytics, it is estimated that consumer spending growth globally will accelerate in 2019, jumping 38 percent to $16.9 billion, and continuing to $31.3 billion in 2022.

As for Canada, the report predicts that Canada’s legal weed market will hit $7.8 billion in 2022, pushing the country into first place over California in the legal pot market. Recreational marijuana will outpace medical marijuana, but medical weed will still generate $1.4 billion in revenue by 2022. The number of adults using cannabis also went up in 2018, from 21 percent to 25 percent. 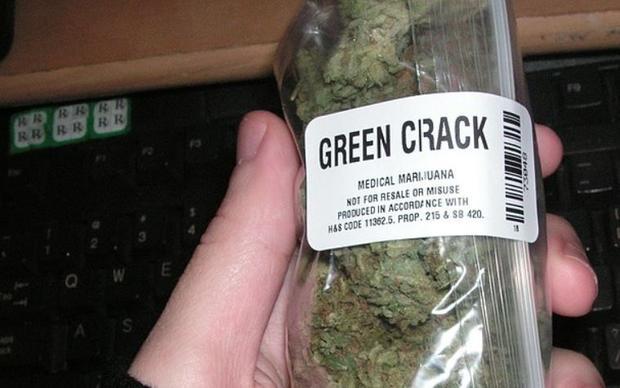 An ounce of Green Crack bought from a dispensary in California in 2008.
Coaster420

Key trends analyzed in the 2019 Update
“Despite the speed bumps in Canada and California, the basic storyline prompting an explosion of investment in the industry in 2018 remains intact,” said Tom Adams, managing director, and principal analyst at BDS Analytics.

“The gradual legalization around the world of a plant which humans have been happily consuming for millennia is creating one of the largest industry-growth phenomena in history.”

Adams also outlines some of the key things to watch for as Canada continues its legal marijuana rollout scheme. One issue is the number of retail stores, according to VICE. “The opening of stores in Ontario is a critical thing,” he said.

The province of Ontario announced just a few days ago the lucky 25 winners of its cannabis retail lottery. The winners are now eligible to apply for a license to operate a brick-and-mortar pot shop in the province. Interestingly, sole proprietorships made up 64 percent of the overall applications submitted. 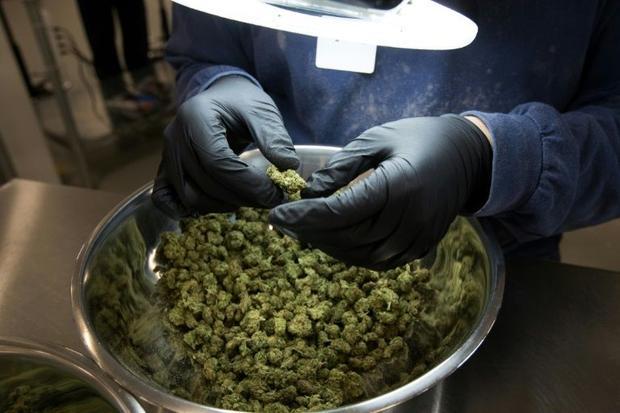 Another issue is Canada’s rigid and restrictive advertising rules for cannabis. Basically, the regulations ban anything that could be appealing to young people. Adams contends these restrictions are hindering sales. He also points out that testing requirements for cannabis products are “off the chart compared to anything else that consumers consume.”

“It’s going to take a while to get rid of those. The faster Canada can do that … the faster the illicit market will disappear.”

Canada is on track to becoming a global powerhouse for the cannabis market. This past year has seen five of the country’s licensed producers reach a combined market capitalization of nearly $20 billion as 2018 came to a close.