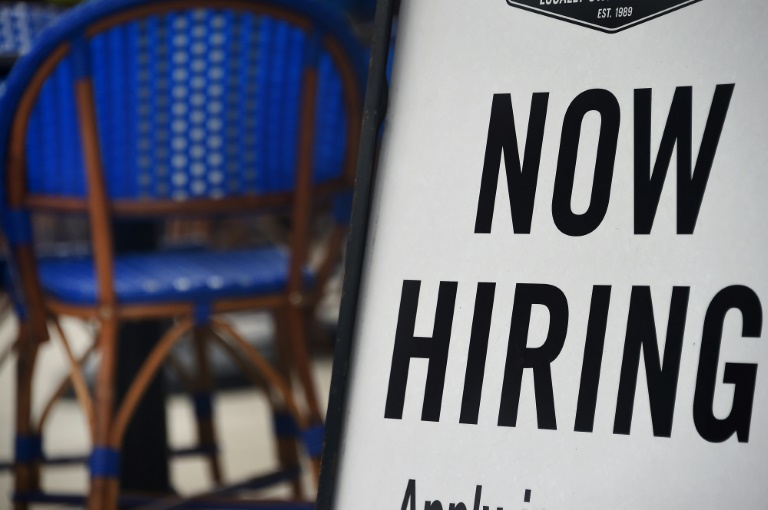 Asian markets fluctuated Wednesday after Treasury Secretary Janet Yellen’s suggestion that US interest rates might need to be hiked, as government spending measures fan inflation and the economy surges.

The comments appeared to be a deviation from the united front top officials have put up in trying to reassure investors that the Federal Reserve’s ultra-easy monetary policies will remain in place until the recovery is well on track.

Investors are also awaiting the release of data on private jobs creation later in the day, which will give clues about Friday’s key non-farm payrolls report which in turn is closely watched for an idea about the state of the economic recovery.

In a pre-recorded conversation with The Atlantic she said borrowing costs might have to be lifted “somewhat” to temper inflation if Joe Biden’s latest spending plans — which are worth more than $4 trillion — are enacted and the economy heats up.

That threw a spanner in the works on Wall Street where all three main indexes fell sharply, led by the Nasdaq as tech firms are more at risk from higher rates.

However, Yellen later clarified the comments and said she was not predicting nor suggesting the Fed tighten rates, which tempered losses on the S&amp;P 500 and helped the Dow end slightly higher. But the Nasdaq ended sharply down.

Analysts said they still expect the central bank to keep its policies accommodative for some time.

“Yellen’s comments did not specify a timeframe for rises and she clarified her comments by saying that she was not recommending FOMC rate hikes,” said Kim Mundy, at the Commonwealth Bank of Australia.

“We still expect the (policy board) will be very patient as economic data improves.”

Asian markets started on a negative note, though some bounced back as the morning wore on. Hong Kong, Sydney, Taipei and Jakarta were all up but Wellington and Manila were in the red. Singapore led the losers as traders fret about a fresh spike in infections in the city.

Tokyo, Shanghai and Seoul are closed for holidays.

Deborah Cunningham, at Federated Hermes, added: “While price pressures are increasing and many consumers are itching to spend stimulus cheques, the Fed has been deflecting every suggestion of tightening.

“Investors don’t seem to believe that the Fed wants the economy to be piping hot and that it considers the recent rise in activity as lukewarm. We think it could start to taper (bond) purchases this year, but no indication yet. These days, the Fed seems happy to make everyone wait.”

And while there is growing concern that the more than year-long rally in equities may have gone a little too far — to record or multi-year highs — there is a general feeling that investors can still push further gains thanks to the recovery, government spending and central bank largesse.

“With the month of May just beginning — and already getting plenty of scrutiny as to whether investors should ‘sell in May and go away’ — it seems pretty clear to me that, based on how well a number of fluid factors are playing out, the S&amp;P 500 is ripe for advancing another 10 percent from its April 30 level of 4,181,” said market strategist Louis Navellier.

“Sure, a five percent pullback below 4,000 is quite possible — and more likely probable, in that the narrative of the past week was to sell on the earnings news, regardless of the blowout numbers crossing the tape.”

Oil prices rallied more than one percent, extending a two-day rally, on demand optimism as major markets slowly reopen and vaccinations are rolled out, and also following a report showing a drop in US stockpiles.

Tokyo – Nikkei 225: Closed for a holiday

Shanghai – Composite: Closed for a holiday