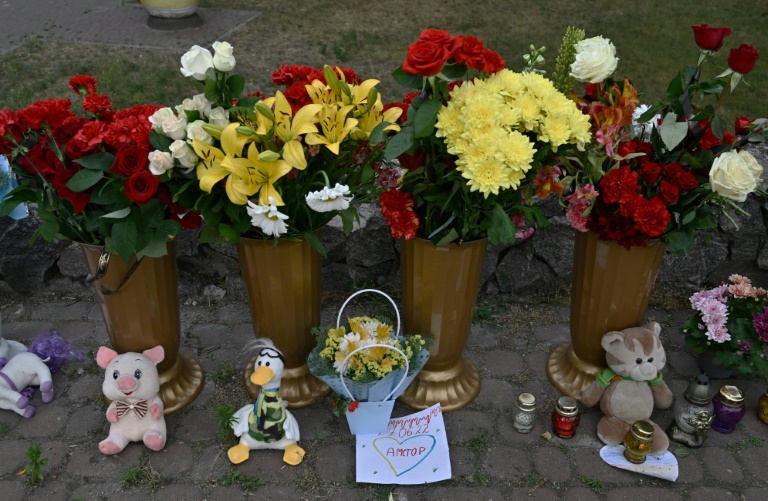 Ukraine’s President Volodymyr Zelensky called for the United Nations to visit the site of a missile strike on a shopping mall in the city of Kremenchuk, as he addressed the UN Security Council on Tuesday.

Speaking by video from Kyiv and clad in a trademark olive green shirt, the Ukrainian leader also called on members of the Council — including Russia — to hold a minute’s silence for those killed in the war so far.

“I suggest the United Nations send either a special representative, or the secretary-general of the United Nations… so the UN could independently find out information and see that this indeed was a Russian missile strike,” Zelensky said of Monday’s attack, in which at least 18 people were killed.

And he asked the UN to legally define the term “terrorist state,” arguing that Moscow’s invasion of his country on February 24 demonstrates “the urgent necessity to enshrine it, literally, at the level of the United Nations and punish any terrorist state.”

Zelensky spoke at the emergency sesion of the Security Council after Monday’s missile strike set off a blaze inside the crowded shopping centre in Kremenchuk.

In addition to the 18 confirmed dead, dozens were injured and many are still missing, authorities have said.

The Russian army claimed Tuesday it had hit a nearby weapons depot with the explosion sparking the blaze at the shopping centre, which according to Moscow was “not operational” at the time.

But residents have dismissed that claim, telling AFP they knew of no arms being stored in the area.

Russia’s deputy ambassador to the United Nations repeated those claims to the Security Council on Tuesday, and complained about Zelensky’s appearance, saying that the UN “should not be turned into a platform for a remote PR campaign for President Zelensky in order to get more weapons” from NATO.

Before Zelensky spoke, UN undersecretary-general for political and peacebuilding affairs Rosemary DiCarlo told the Security Council that the UN has now recorded more than 10,600 civilian casulaties in Ukraine, including 4,731 deaths. She said the true toll was “considerably higher.”

Prior to the emergency session, France, Ireland, Norway, Britain, the United States and Albania, as well as Ukraine’s ambassador issued a joint statement in which they said they “strongly condemn the intensification of Russian missile strikes on the territory of Ukraine, targeting residential areas and civilian infrastructure, over the period of 25-27 June 2022.”

That included the strike on the shopping mall, which they called a “blatant attack” on civilians.

They demanded Russia immediately cease hostilties and withdraw from Ukraine.