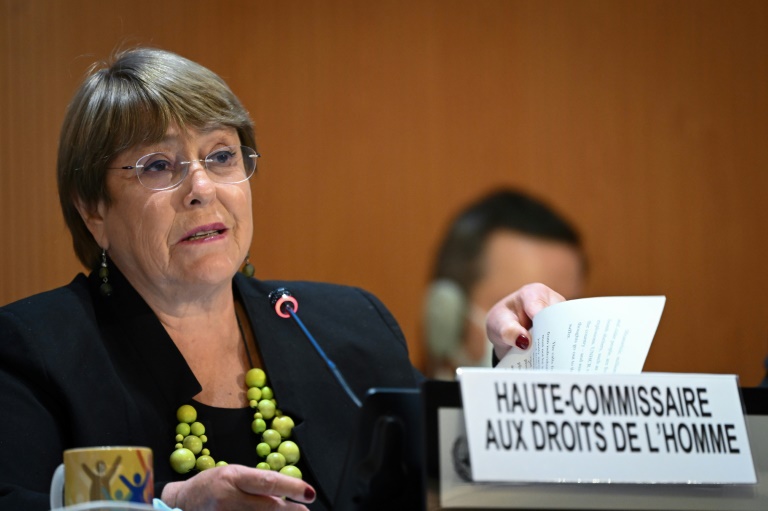 Chinese President Xi Jinping held a video call with UN rights chief Michelle Bachelet on Wednesday, as she visits Xinjiang during a mission overshadowed by fresh allegations of Uyghur abuses and fears she is being used as a public relations tool by the Communist Party.

Beijing is accused of detaining over one million Uyghurs and other Muslim minorities in the far-western region as part of a years-long crackdown the United States and lawmakers in other Western countries have labelled a “genocide”.

Bachelet is expected to visit the cities of Urumqi and Kashgar as part of a six-day tour that has been dogged by concerns from Western officials, diplomats and rights groups that the Communist Party will attempt to use it to whitewash abuses.

China vehemently denies the allegations, calling them the “lie of the century”.

The United States has reiterated its view that Bachelet’s visit was a mistake after the release of thousands of leaked documents and photographs from inside the system of mass incarceration this week.

But Xi defended his country’s human rights progress during the call while Xinjiang was not specifically mentioned by either side, according to a readout from state broadcaster CCTV.

“Human rights issues should also not be politicised, instrumentalised, or treated with double standards,” Xi said according to a CCTV readout, adding that China has “a human rights development path that… suits its national conditions”.

CCTV reported Xi as telling Bachelet that there is no “ideal nation” on human rights. 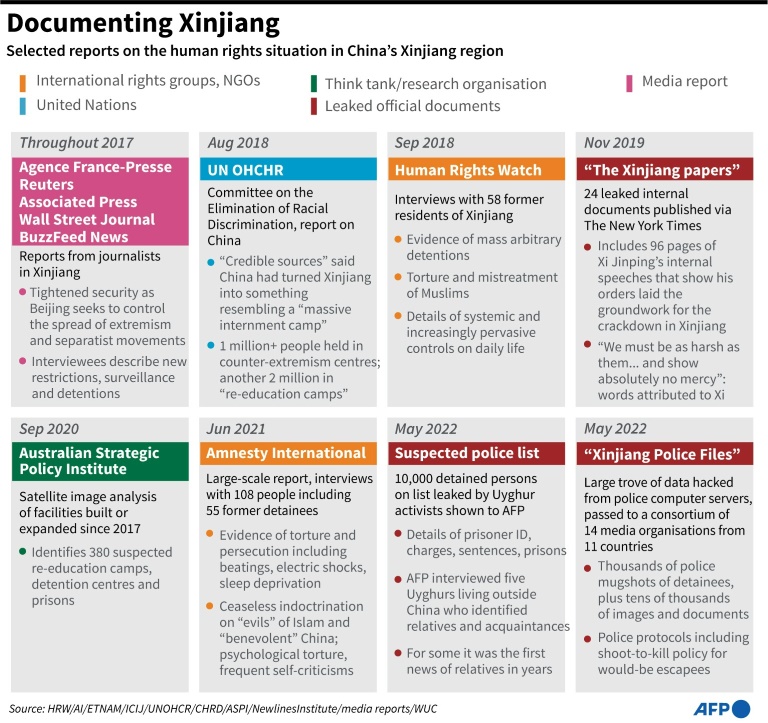 He added that there is “no need for a ‘teacher’ who is bossy towards other countries”, in an apparent reference to recent public criticisms of the trip by United States and UK officials.

According to the CCTV readout, Bachelet said the UN Human Rights Office is “willing to strengthen cooperation with the Chinese side”.

She was also reported to have said: “I admire China’s efforts and achievements in eradicating poverty, protecting human rights, and realising economic and social development.”

State Department spokesman Ned Price said Tuesday the United States was “appalled” by the latest allegations, after a consortium of media outlets reported on thousands of leaked documents and photographs from inside Xinjiang’s system of mass incarceration.

The Xinjiang Police Files, leaked by an anonymous source to academic Adrian Zenz, showed top leaders in Beijing including President Xi calling for a forceful crackdown.

They also included a 2017 internal speech by Chen Quanguo, Xinjiang’s hardline former Communist Party chief, in which he allegedly orders guards to shoot to kill anyone who tries to escape.

Britain and Germany also voiced outrage, with UK foreign secretary Liz Truss calling for China to grant Bachelet “full and unfettered access to the region” and her German counterpart urging a “transparent investigation”.

During a Monday meeting with Chinese foreign minister Wang Yi, Bachelet was presented with a book of Xi quotes on “respecting human rights”, according to state media photographs.