In a nutshell, says GE in a press release, one Haliade-X wind turbine can provide enough renewable energy to power 16,000 European households and save up to 42 million metric tons of CO2 annually — the equivalent of the emissions generated by 9,000 vehicles in one year. 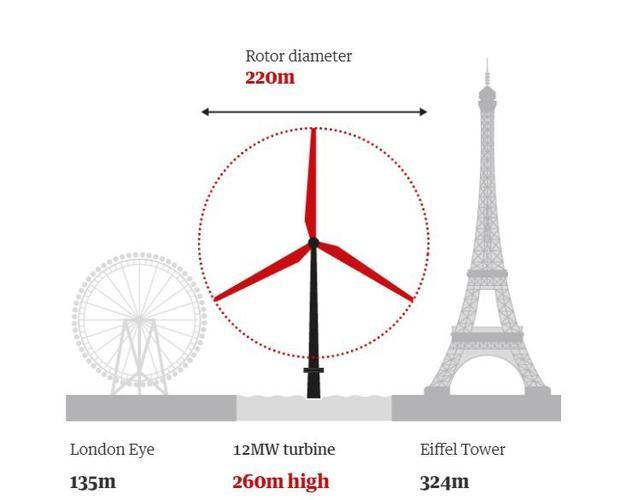 The Dogger Banks wind project is being built in a joint venture between SSE Renewables and Norway’s Equinor. The two companies are aiming to develop an “industrial wind hub” in the North Sea made up of three interconnected offshore windfarms using the GE Renewables’ turbines.

John Lavelle, the offshore wind boss at GE Renewable Energy, said the deal with Dogger Bank would bring “the world’s most powerful offshore wind turbine to the world’s largest offshore wind market. We have an important role to play in the UK’s offshore wind ambitions and in delivering further carbon emission reductions,” reports The Guardian.

“Dogger Bank will now be home to the largest offshore wind turbines in the world and to this pioneering low carbon technology, which will play a central role in helping the UK become carbon neutral by 2050,” director of capital projects at SSE Renewables Paul Cooley told Offshore Wind. 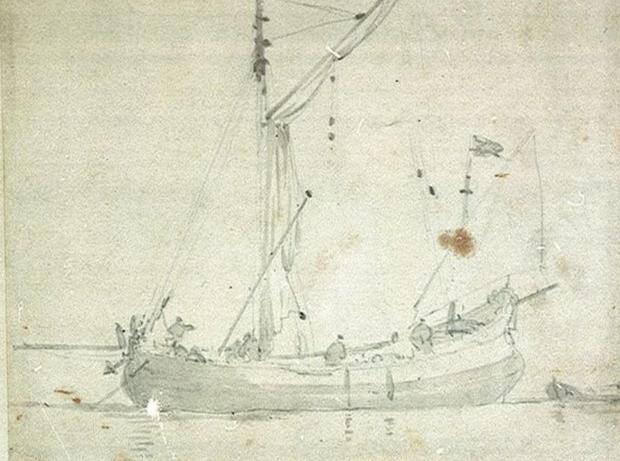 “A dogger at anchor” can be seen at the National Maritime Museum in London, England. The artist used graphite and gray wash to create this work.
Willem van de Velde the Younger, circa 1675

Dogger Bank has an interesting history
Dogger Bank is a large sandbank in a shallow area of the North Sea about 100 kilometers (62 miles) off the east coast of England. During the last Ice Age, when seas were shallower than they are now, the bank was part of a large landmass connecting Europe and the British Isles, now known as Doggerland.

Dogger Bank has been well-known as a productive fishing bank and was named after the doggers, medieval Dutch fishing boats especially used for catching cod. The bank is large, extending over about 17,600 square kilometers (6,800 sq mi), and ranges in depth from 15 to 36 meters (50 to 120 feet). 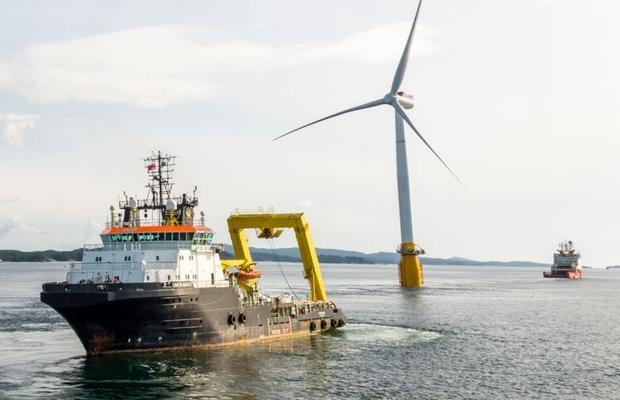 Offshore wind in Europe hit new milestone in 2017, with United Kingdom accounting for half of new capacity.
WindEurope

Back in 2017, there had been a lot of interest in constructing an artificial island as a potential site for a Round 3 wind farm project.

In June this year, the UK becoming the first G7 country to commit to carbon neutrality by mid-century, and this latest wind project, capable of generating enough renewable electricity to power 4.5m homes from 80 miles away will certainly put the nation well on its way to achieving its goal.