With just 5,000 of these magnificent Eastern Gorillas (Gorilla beringei) left in the world, on Sunday, September 4, 2016, the members of the International Union for Conservation of Nature (IUCN), at a global conference in Honolulu downgraded the gorilla’s conservation status to “critically endangered.” 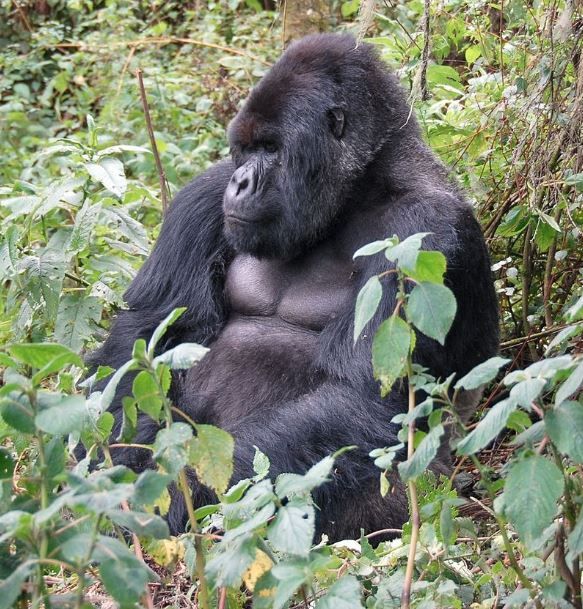 Adult male Mountain Gorilla (Gorilla beringei beringei) from the Susa Group. Photo taken on March 20, 2007.
d_proffer
“To see the Eastern gorilla — one of our closest cousins — slide towards extinction is truly distressing,” says Inger Andersen, IUCN Director General, according to Phys.Org. “Today is a sad day because the IUCN Red List shows we are wiping out some of our closest relatives.” 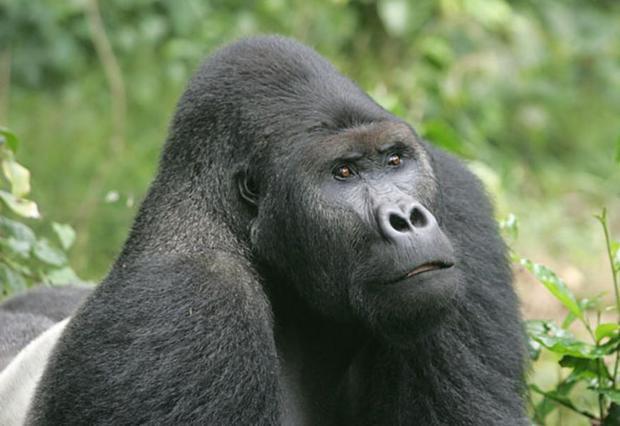 Eastern Lowland Gorilla (Gorilla beringei graueri) Adult male (silverback) given name – Ciminuka. Kahuzi-Biega National Park DRC. Photo taken in 2005.
Rick Murphy
The Grauer’s Gorilla (or eastern lowland gorilla), is found in the eastern Democratic Republic of Congo. Grauer’s Gorilla has seen a sharp 70 percent decline in the last 20 years due to illegal hunting for bushmeat, deforestation and intensified forestry, with the population estimated to be only about 3,800 individuals.

The IUCN list includes 82,954 plant and animal species and is updated every four years. Almost one third of the species on the list, 23,928 are threatened with extinction.

“Illegal hunting and habitat loss are still major threats driving many mammal species towards extinction,” says Carlo Rondinini, Coordinator of the mammal assessment at the Sapienza University of Rome. And for the gorillas in the Congo, as long as political instability reigns, conservation will remain a struggle.