The seed vault is located on a remote island in the Svalbard archipelago, halfway between mainland Norway and the North Pole. The vault was built into an abandoned Arctic coal mine under the permafrost deep inside a mountain in 2008 and was really and truly expected to be a “fail-safe” measure.

The seed vault contains nearly one million packets of seeds, all carefully labeled. The seeds come from almost every country in the world and are a vast sampling of unique varieties of major African and Asian food staples such as maize, rice, wheat, cowpea, and sorghum to European and South American varieties of lettuce, eggplant, squash, and potatoes. 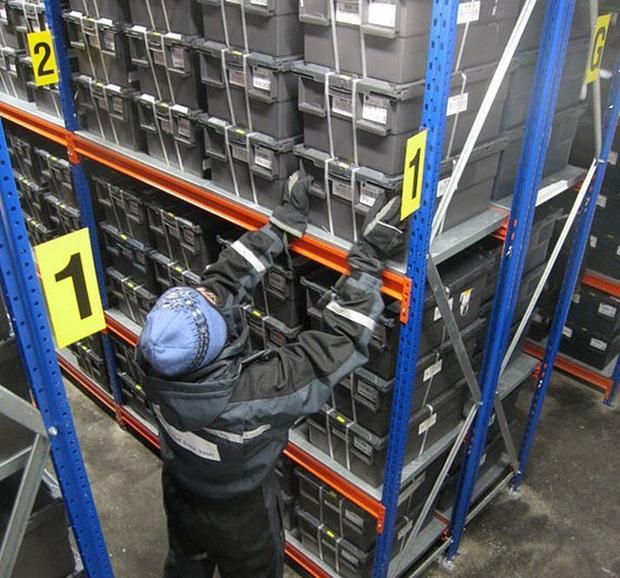 The Svalbard Global Seed Vault provides a safe backup of seeds on food crops conserved by seedbanks worldwide. This picture from inside the vault shows the shelves with the boxes holding the seed samples. (27 February 2008)
NordGen/Dag Terje Filip Endresen

Climate change has changed the picture
The thawing of the permafrost deep inside the mountain so far north in the Arctic was never supposed to happen. But this past year’s soaring Arctic temperatures, coming at the end of the world’s hottest year on record certainly didn’t help. Added to the unusual warmth was the extreme weather that brought heavy rains and melting, instead of the expected snows.

“It was not in our plans to think that the permafrost would not be there and that it would experience extreme weather like that,” said Hege Njaa Aschim, from the Norwegian government, which owns the vault, according to the Guardian. 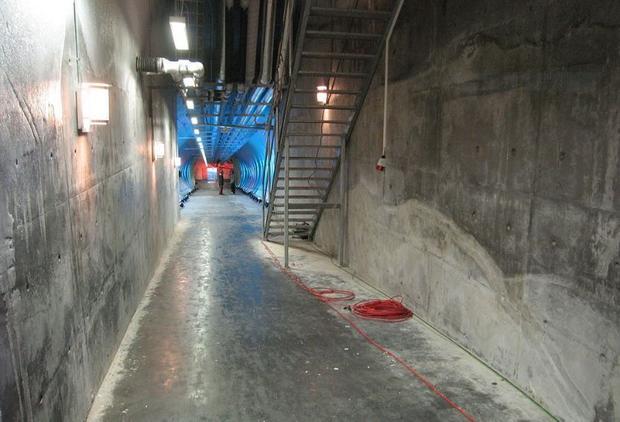 “A lot of water went into the start of the tunnel and then it froze to ice, so it was like a glacier when you went in,” she told the Guardian. It was fortunate that the melt water only reached the entrance to the tunnel that leads to the vault, and didn’t get into the vault itself.

Inside the vault, the temperature stays at minus 0.4 degrees Fahrenheit, but the incident has raised questions about the durability of the seed bank that was supposed to operate without human intervention.

“It was supposed to [operate] without the help of humans, but now we are watching the seed vault 24 hours a day,” Aschim said. “We must see what we can do to minimize all the risks and make sure the seed bank can take care of itself.”

Work under way to minimize the risk
Several projects are now underway, including digging trenches to divert meltwater away from the tunnel, as well as waterproofing of the 100-meter (328-feet) long tunnel. Electrical equipment that does produce some heat has been removed from the tunnel and pumps have been placed inside the vault in case they will need to be used during any future flooding.

With the permafrost melting from Norway to Siberia and Canada, solutions must be found to protect the world’s crop legacy. Aschim said, “We have to find solutions. It is a big responsibility and we take it very seriously. We are doing this for the world.”