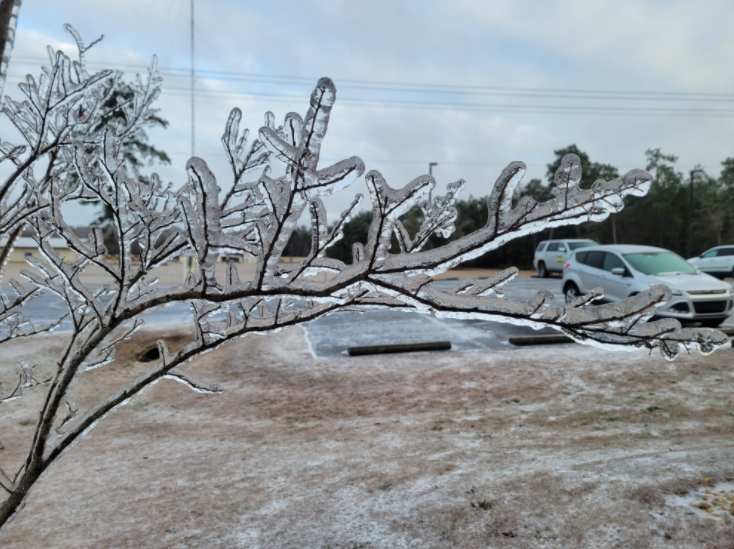 The path of a weekend nor’easter is becoming clearer as 75 million people from the Southeast to New England may face dangerous heavy snow and winds approaching hurricane intensity with the potential to knock out power, flood coastal areas and severely impair travel, forecasts show.

“Confidence is increasing that a significant winter storm will create considerable impacts Friday through the weekend from the Mid-Atlantic through the Northeast,” the National Weather Service’s Weather Prediction Center said.

Forecasters have been describing the coming extreme weather event as a “bomb cyclone.” The National Oceanic and Atmospheric Administration (NOAA) calls a bomb cyclone a winter hurricane, formed through a process known as bombogenesis.

Even a bomb cyclone has to fall into certain parameters to be classified as such. This means that when a midlatitude cyclone rapidly intensifies, and the atmospheric pressure drops at least 24 millibars over 24 hours, the process is called bombogenesis, which creates what is known as a bomb cyclone.

This is also why there are strong wind warnings with the forecast for Winter Storm Kenan. Wind speeds of over 35 to 45 mph for more than three hours will create visibility of less than a quarter-mile.

Which states are expecting a hit from Kenan?

Blizzard warnings have now been issued by the National Weather Service from the extreme southern Delmarva Peninsula to coastal Jersey, and from far eastern Massachusetts to coastal portions of Maine. Boston, Portland, Maine, and Atlantic City, New Jersey are among the locations in these warnings.

“The heaviest snowfall is likely to fall across a swath extending from the Eastern Shore of Maryland up through most of Maine where 6-12 inches are likely. Parts of coastal New England, where blizzard conditions are forecast, may see between 1-2 feet of snow with locally higher amounts possible, specifically over coastal Massachusetts,” the Weather Prediction Center said early Friday.

Included in the winter storm advisories are warnings for a combination of significant snowfall and strong winds. The public is advised to avoid travel in any of the blizzard and winter storm warnings areas later Friday night through Saturday, according to Weather.com.

“Coastal flooding is a concern thanks to astronomically high tides on Saturday,” the weather service office in Boston said. “The combination of strong northeast winds and high seas will bring storm surges that, if coinciding with high tide, would lead to minor or moderate coastal flooding.”

And already, more than 1,500 US flights are canceled Saturday, according to FlightAware.