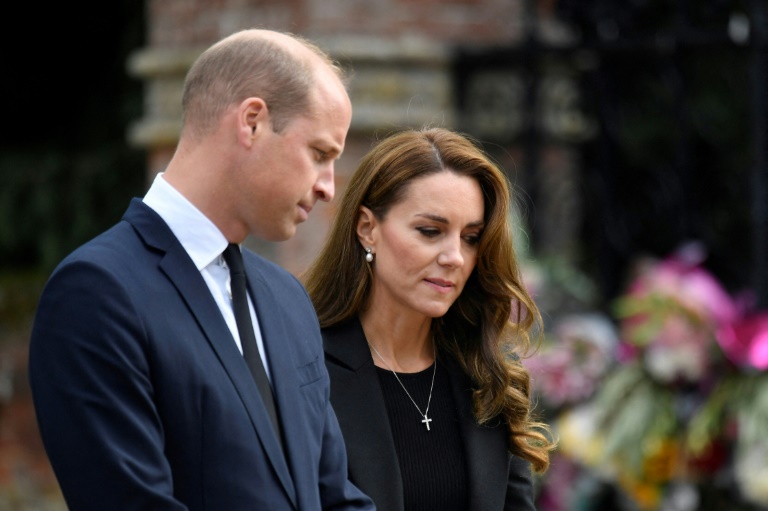 Britain’s Prince William revealed Thursday that walking behind Queen Elizabeth II’s coffin had brought back painful memories, after doing the same for his mother Diana when he was a teenager.

William, now titled the Prince of Wales, spoke to mourners leaving flowers at the monarch’s private Sandringham estate in eastern England, accompanied by his wife Catherine.

“Doing the walk yesterday was challenging. It brought back a few memories,” William, 40, told a group of well-wishers who had come to see him, Sky News footage showed.

William walked behind his grandmother’s coffin on Wednesday as it was moved from Buckingham Palace to Westminster, beside his younger brother Prince Harry.

Back in 1997, the brothers, then aged 15 ands 12, moved the world by walking behind their late mother Diana’s coffin.

“It’s one of those moments when you think to yourself: I’ve prepared myself for this, but I’m not that prepared,” William told a group of women supporters, some of them holding flowers.

The royal family traditionally spend Christmas together at Sandringham, with Queen Elizabeth staying on into February.

Receptionist Jane Wells, 54, said she told William “how proud his mother would have been of him, and he said how hard it was yesterday because it brought back memories of his mother’s funeral.”

Caroline Barwick-Walters, 66, from Wales, said: “He told us how difficult it was yesterday, how it brought back memories of walking behind his mother’s coffin.”

William and Kate held a walkabout for almost an hour on Thursday, looking at floral tributes to Queen Elizabeth and shaking people’s hands.

King Charles III and members of the royal family will again follow the late monarch’s coffin on foot before and after her funeral at London’s Westminster Abbey on Monday.