Barrett, a conservative, is expected to sail through a Senate vote on confirming her nomination to the Supreme Court today. The Republican majority led Senate is expected to vote nearly along party lines, 53-49, with vice-president Mike Pence presiding over the vote later today.

Vice President Mike Pence is facing an outbreak of coronavirus cases within his own staff. Pence, who is not quarantining after it came out that five of his close staffers had tested positive for the coronavirus, does not appear to be the least little bit concerned over the possibility he could be helping to spread the virus within the administration, reports The Hill.

Pence has ignored the CDC’s mandate that anyone with direct or close contact with an infected individual should quarantine for 10 to 14 days, and this has lawmakers on both sides of the aisle worried.

White House senior aide and Trump’s son-in-law Jared Kushner told Fox News that Pence “knows the right protocols to follow, and I have every confidence that he’s following those protocols,” according to Reuters.

White House Chief of Staff, Mark Meadows told reporters on Monday that if Barrett is confirmed by the Senate later in the day, “then we expect for a swearing-in to happen later this evening if all goes well.” 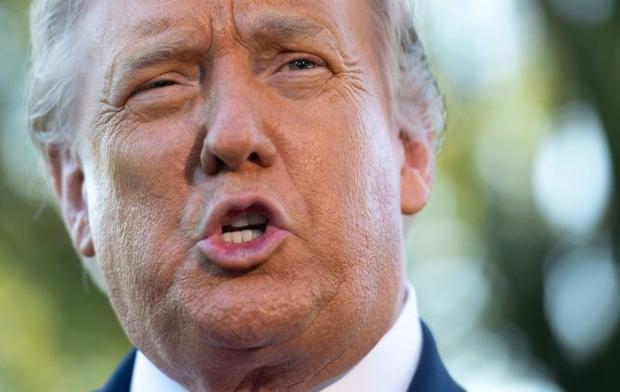 US President Donald Trump is pushing for a rapid nomination and vote on a replacement for the late Supreme Court justice Ruth Bader Ginsburg
SAUL LOEB, AFP

Brushing aside questions over tonight’s ceremony becoming a repeat of the late September Rose Garden COVID-18 super-spreader event for Barrett, Meadows said: “We’re doing … the best we can to encourage as much social distancing as possible. It’ll be outdoors if it goes off as planned right now,” Meadows said. “And still continue to do testing in and around those that are critical to the mission to try to get there.”

Trump wants Barrett on the bench for a very good reason
There is now a real fear in the Republican camp that Trump could lose this election, and while polls are not guaranteed to predict a final outcome, early voting indicates Trump has lost a lot of his appeal with those who voted for him in 2016.

The possibility of a too-close to call vote tally in any state could result in the Supreme Court being charged with deciding the election’s outcome and Trump really wants Barrett on the bench to participate in any election-related cases that go before the justices, according to the Economic Times.

As for tonight’s event becoming a super-spreader event, we will just have to wait and see. Everyone knows that old saying – “If you play with fire you will get burnt.”