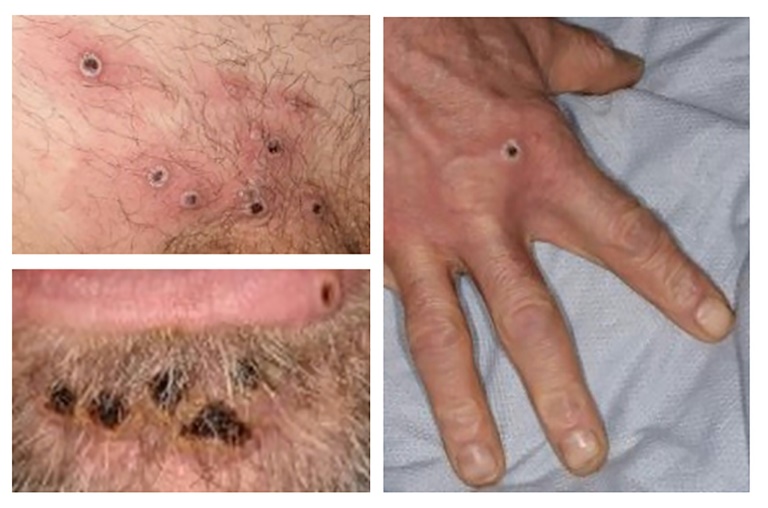 A World Health Organization committee of experts will meet on Thursday to discuss the monkeypox outbreak for the first time and decide whether it constitutes a global health emergency.

The one-day meeting, being held in private, was due to start at 1000 GMT, with a statement on the outcome likely to be issued on Friday.

A surge of monkeypox cases has been detected since May outside of the West and Central African countries where the disease has long been endemic. Most of the new cases have been in Western Europe.

WHO chief Tedros Adhanom Ghebreyesus has convened an emergency committee to assess whether the outbreak constitutes a public health emergency of international concern.

A PHEIC is the highest alarm that the WHO can sound, under the International Health Regulations — the legally-binding framework agreed by 196 countries on handling public health events that could cross borders.

Besides providing a PHEIC assessment, the committee members are set to give the WHO and its member states advice on how to better prevent the spread of the disease and manage their response.

Tedros then makes the final determination on whether a PHEIC should be declared, based on their advice.

There have been six PHEIC declarations since 2009, the last being for Covid-19 in 2020 — though the sluggish global response to the alarm bell still rankles at the WHO’s Geneva headquarters.

Emergency committee meetings on the new coronavirus outbreak were held on January 22 and 23, 2020 but the panel could not agree at that time that the PHEIC threshold had been reached.

A PHEIC was declared after a third meeting on January 30. But it was only after March 11, when Tedros described the rapidly-worsening situation as a pandemic, that many countries seemed to wake up to the danger.

This year, as of June 15, some 2,103 laboratory-confirmed cases and one probable case of monkeypox, including one death, have been reported to the WHO from 42 countries.

But the WHO’s Europe office and the EU health agency ECDC said that 2,746 cases had been recorded in Europe alone as of Tuesday.

“The outbreak of monkeypox continues to primarily affect men who have sex with men who have reported recent sex with new or multiple partners,” the WHO said.

Some 84 percent of the cases have been found in Europe, with the most cases being reported from Britain, Spain, Germany, Portugal, Canada and France.

The WHO says there may have been undetected transmission for some time before its unexpected appearance in multiple countries.

Tedros announced on June 14 that he would convene an emergency committee, describing the outbreak as “unusual and concerning”.

In this article:Health, monkeypox, Virus, Who