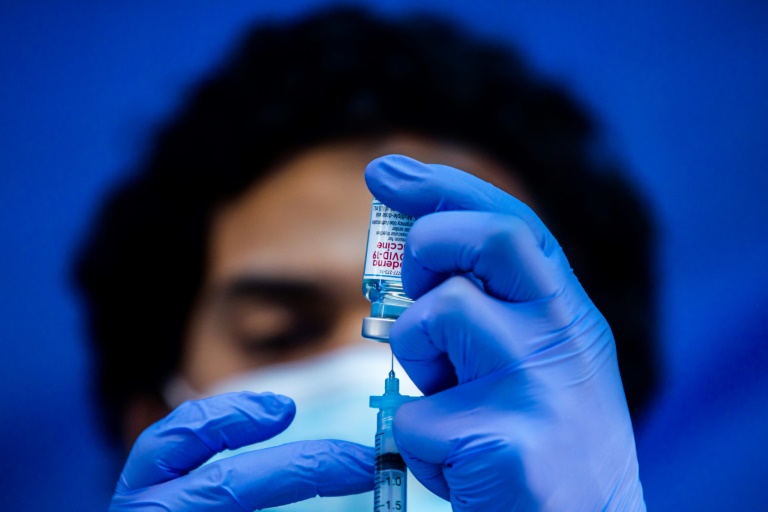 The WHO pleaded Monday with the G7 to dig deep and fund the global Covid-19 recovery, warning the crisis cannot be resolved worldwide if they do not step up.

The World Health Organization said the Group of Seven industrial powers had the ability to fund the vaccines, tests and treatments needed to conquer the pandemic — and knock down the barriers blocking faster production.

“The G7 countries are the world’s economic and political leaders. They are also home to many of the world’s vaccine producers,” Tedros told a news conference.

“We will only solve the vaccine crisis with the leadership of these countries.”

Tedros was backed up by former British prime minister Gordon Brown, who warned the pandemic was becoming a “man-made catastrophe”.

The Access to Covid-19 Tools Accelerator programme for finding, developing and distributing coronavirus jabs, tests and therapeutics, is $19 billion short of its $22-billion target this year.

And a further $35 to $45 billion dollars will be needed next year to ensure most adults around the world get immunised.

Brown, who chaired the wider G20 in 2009 as it plotted its way out of the global financial crisis, called for immediate decisive action from world leaders.

“I say to the G7… you have the power and the ability to pay for nearly two-thirds of the costs and secure a historic breakthrough by agreeing an equitable burden-sharing formula,” the former finance minister said.

Brown said that based on national income, wealth and benefits from the resumption of trade, the United States would pay 27 percent of the cost; Europe 23 percent; Japan six percent; Britain five percent; and Canada — plus South Korea and Australia, who will also attend the G7 — two percent each.

Brown added that he detected a change in Washington’s attitude in recent days towards vaccine production licensing agreements and temporary intellectual property rights waivers, which could expand production capacity.

Nearly 1.2 billion Covid-19 vaccine doses have so far been injected worldwide, according to an AFP count.

But just 0.2 percent of them have been administered in the 29 lowest-income countries, home to nine percent of the global population.

And the Covax global vaccine-sharing programme has largely been elbowed out of the market by rich countries striking their own deals with manufacturers.

Its main supplier is the Serum Institute of India (SII), which is producing AstraZeneca vaccines. But increased demand for doses in India itself, where the pandemic is raging, has also interrupted Covax supplies.

Bruce Aylward, the WHO lead on Covax, said the stoppage had so far deprived Covax of some 100 million doses it had been anticipating, and acknowledged it still had no firm date for when SII would resume deliveries.

This “is not going to come down by vaccination”, the Indian clinical scientist told reporters, stressing that it takes time for vaccinations to be distributed and then take effect.

Tedros also sounded a reminder that more new Covid-19 cases were reported in the past two weeks than during the first six months of the pandemic, with India and then Brazil making up the lion’s share.

Covax announced Monday it had struck a deal to buy 500 million doses of Moderna’s Covid-19 jabs, with 34 million doses of the two-shot vaccine in the final quarter of 2021 and a further 466 million next year.

Under Covax, the cost of vaccines for the 92 poorest participating economies is covered by donors.

Sweden on Monday donated one million paid-for AstraZeneca doses, which notably will help people in Africa to receive their second jab.

The United States has said it will share 60 million AstraZeneca doses, but has not confirmed when, or whether they will flow via Covax.