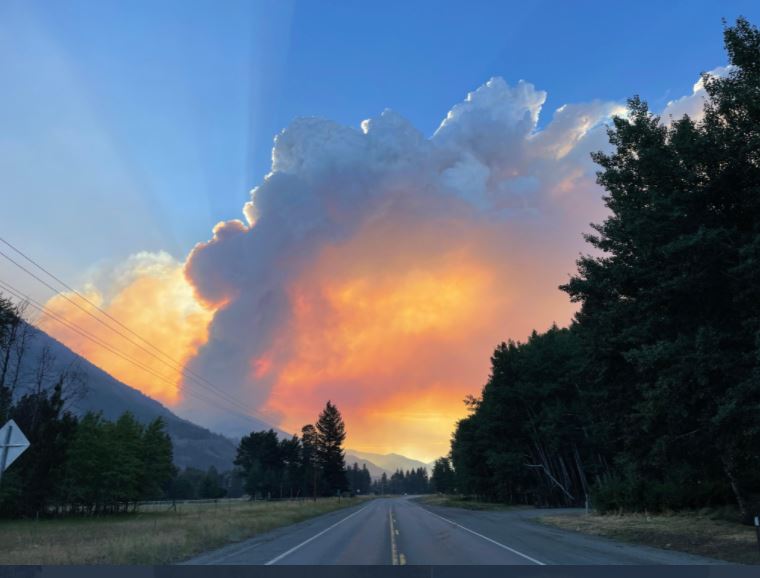 Raging wildfires across the western United States and western and central Canada have belched so much soot and smoke that it had traveled eastward and caused harmful air pollution as far away as New York City, and the province of New Brunswick.

In the U.S., the smoky conditions that began on Tuesday caused the sun to glow with a red-orange hue through the smoky haze as far as New York City and Washington, Baltimore, Philadelphia, and Boston, according to USA Today.

There are over 80 active wildfires in 13 states across the West, and almost 1.3 million acres (526,090 hectares) have already been charred, creating an area larger than Delaware, according to the National Interagency Fire Center (NIFC) in Boise, Idaho.

Environment Canada’s senior climatologist Dave Phillips told CTV’s Your Morning, “I think … the story, for the rest of the summer into August, is ‘smoke, smoke, smoke from coast to coast.”

Phillips said that as of Tuesday night, there were nearly 900 wildfires burning across Canada, including 86 classified as out of control on Tuesday in British Columbia alone, and those fire conditions are at the mercy of the winds.

“There may be a reprieve in one day or two days – but hey, it’s coming back. You can’t extinguish those fires overnight,” he said.

Air Quality Alerts across much of the U.S. and Canada

As numerous cities on both sides of the border issue air quality alerts, the National Weather Service said conditions weren’t getting much better in the West, either, with the forecast for the next few days calling for “extreme drought, gusty winds, and thunderstorms.”

Environment Canada’s Air Quality Health Index listed Winnipeg as the only major city in which air quality posed a high risk to human health as of 9:30 a.m. EDT on Wednesday.

The extreme heat has also moved into the Yukon and the Northwest Territories’ Inuvik Region. In the Yukon, the unprecedented heat has caused snowpacks to melt. Sandbagging operations are underway along the Yukon River in Whitehorse, and evacuation orders have been issued for a handful of low-lying properties elsewhere in the territory.

But regardless of where you live in North America, according to Reuters, the EPA says even the general public may feel some of the effects from the smoke and soot, which include coughing and shortness of breath. Members of sensitive groups, including people with asthma or heart disease, are at a heightened risk.

Advertisement. Scroll to continue reading.
In this article:air quality alerts, driven by winds, smoke and sooy, us and canada, Wildfires