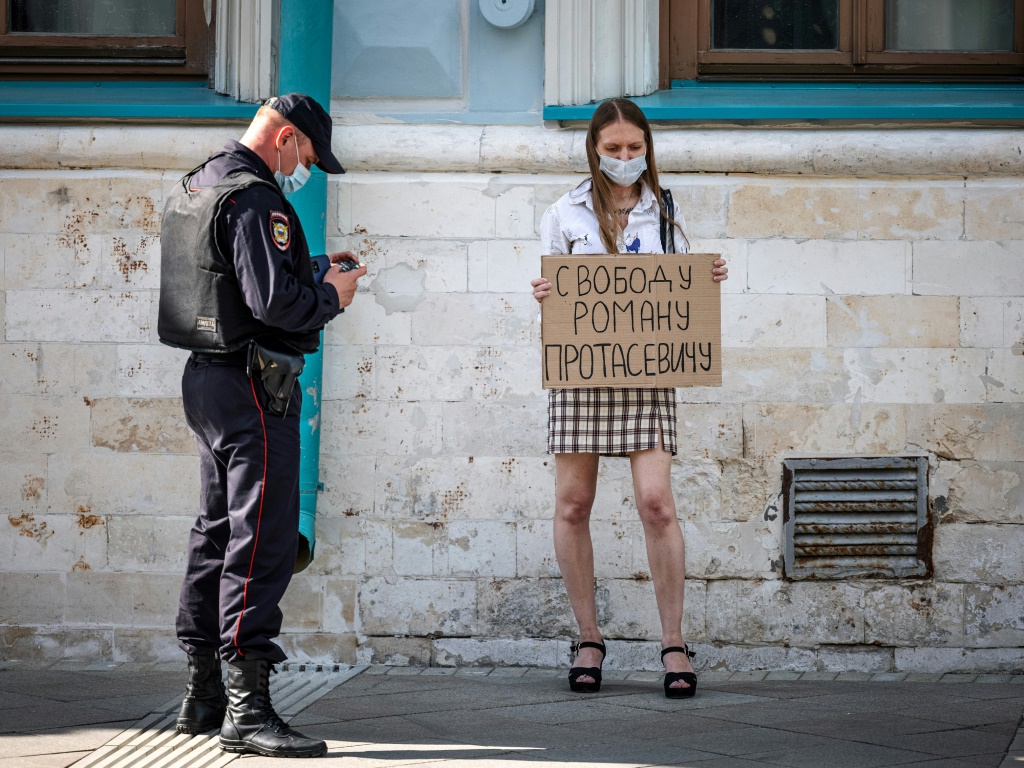 The EU, US, Britain and Canada ratcheted up pressure on Belarusian President Alexander Lukashenko Monday by imposing coordinated sanctions after the forced landing of a Ryanair airliner.

“We are united in our deep concern regarding the Lukashenko regime’s continuing attacks on human rights, fundamental freedoms, and international law,” they said in a joint statement.

The EU and the US both targeted dozens of individuals and entities over a brutal crackdown on opposition since Lukashenko claimed victory in elections last August deemed fraudulent by the West.

The 27-nation bloc and London added seven officials — including the defence and transport ministers of Belarus — to their sanctions blacklists for the grounding of the Ryanair jet. 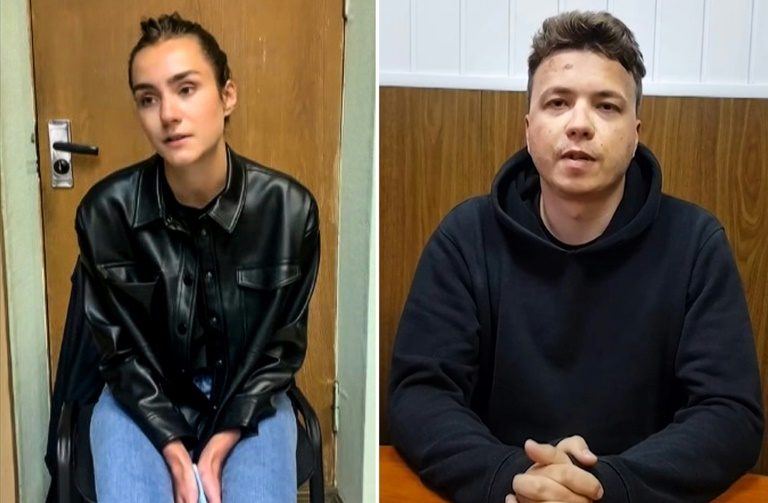 Belarusian activist Roman Protasevich, and his girlfriend Sofia Sapega were arrested after the plane they were on was forced to land at the Minsk airport – Copyright AFP BAY ISMOYO

“Today we have confirmed and decided that sectoral sanctions will be taken against Belarus, which will have a severe impact on the Belarusian economy,” German Foreign Minister Heiko Maas said ahead of the meeting.

“We want the release of the political prisoners, an end to the violence against protesters and the opposition, and an inclusive dialogue that will lead to free and fair elections.”

“It’s a rather strong sanction list,” she told a press conference in Brussels.

Belarusian strongman Lukashenko sparked international outrage by dispatching a fighter jet on May 23 to intercept the Ryanair plane flying from Greece to Lithuania.

When the plane was forced to land in Minsk, Belarus arrested dissident journalist Roman Protasevich and his girlfriend Sofia Sapega on board.

The bloc had already slapped sanctions last year on 88 individuals — including Lukashenko and his son — over a brutal crackdown on protests since the veteran leader claimed victory at elections in August deemed fraudulent by the West.

The US imposed a slew of sanctions on Belarusian state-owned companies in May after authorities forced the Ryanair flight to land in Minsk by alleging a bomb threat.

The Belarusian authorities detained thousands during the demonstrations sparked by last year’s election and the EU says that some 500 political prisoners remain behind bars.

“We are clearly showing that Stalinism and state terror no longer have a place in the 21st century,” Luxembourg Foreign Minister Jean Asselborn said.

Lukashenko, ruler of Belarus since 1994, has so far shrugged off the pressure with backing from his key ally Russia.

Lithuania’s Foreign Minister Gabrielius Landsbergis complained that Belarus was hitting back by sending migrants, mostly Iraqis and Syrians, across its border.

He warned the flow could increase after sanctions were approved and that Lithuania “might need help and assistance from other European countries”.