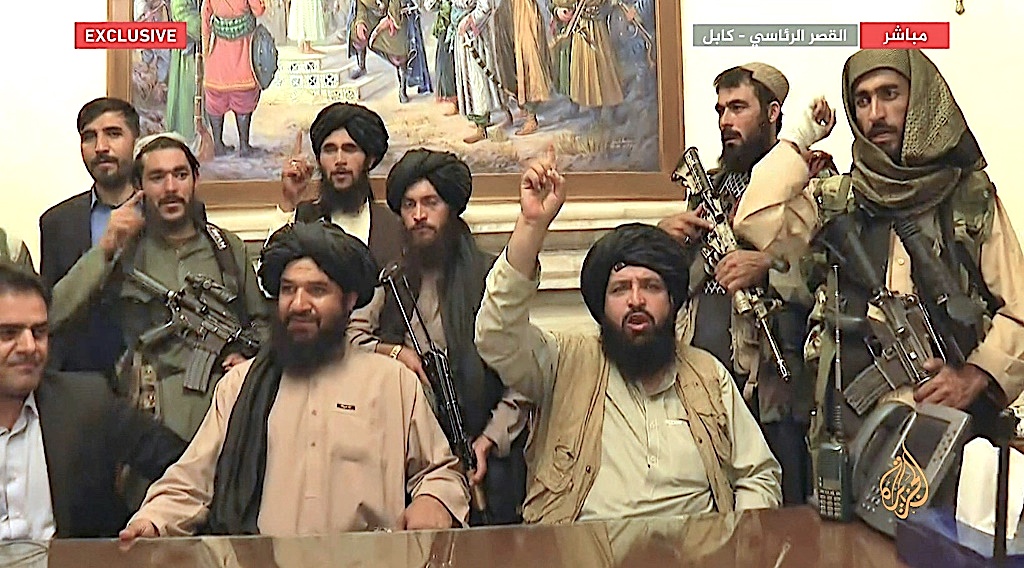 The swift collapse of the Afghan government has reinforced President Joe Biden’s argument that nothing more could have been done. But was the Taliban’s victory inevitable?

To critics of Biden’s decision to end America’s longest war, the 2,500 US troops in Afghanistan in the final months proved that the United States could provide some stability — helping preserve women’s rights and counter-terrorism operations — at a cost negligible by Pentagon standards.

Biden and his allies dismiss the argument, saying that US troops were safe only because the Taliban held fire as part of a withdrawal deal. 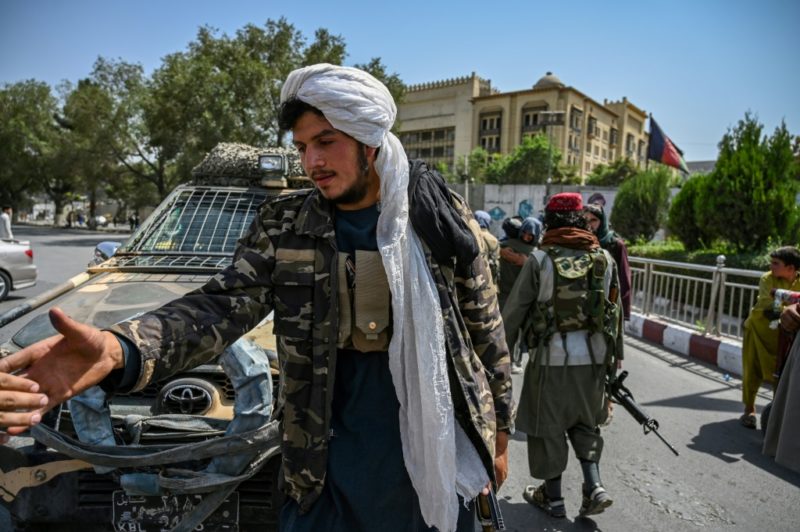 Taliban fighters stand guard in Kabul after their swift takeover of the Afghan capital. — © AFP

Jake Sullivan, Biden’s national security advisor, said that while Kabul’s fall had not been “inevitable,” the Afghan government did not use the capacity built by the United States.

“What we learned over the course of the past two weeks is if we had we had stayed one more year, or two more years, or five more years, or 10 more years, no amount of training, equipping or money or lives lost by the United States was going to put the Afghan army in a position to be able to sustain that country on its own,” Sullivan told NBC television.

Lucas Kunce, an Afghan war veteran running for Senate in Missouri, put it bluntly: “I was there. Today was inevitable. Anyone who tells you differently is either lying or would have kept us there forever.”

Former president Donald Trump, who has fiercely attacked Biden over the fall of the Afghan government, appeared himself to acknowledge inevitability days after his administration signed the withdrawal deal with the Taliban in February 2020.

“You can only hold somebody’s hand for so long,” Trump said. Asked if Afghan forces were capable of defending themselves, Trump said then, “I hope they are, but I don’t know.”

After more than $2 trillion in investment and the deaths of nearly 2,500 Americans, polls showed that the US public wanted to end the war launched after the September 11, 2001 attacks.

But Richard Fontaine, the chief executive officer of the Center for a New American Security, said that a limited US presence could still have preserved gains including for Afghans who fear a return of Taliban brutality.

“Those are two not great scenarios but they’re also very different scenarios and we see the difference today,” he said.

H.R. McMaster, a retired lieutenant general who served as Trump’s second national security advisor, in an appearance last week scoffed at commentary that all powers, including the British and Russians, had failed in Afghanistan.

“What you’re saying is this is inevitable because Afghanistan’s always been a ‘graveyard of empires’? It doesn’t even frame the issue properly. We’re fighting with Afghans for Afghans against this heinous group of terrorists called the Taliban,” he said.

He pointed to the seven-decade US military presence in South Korea — and noted it took years for the US ally to develop into the prosperous democracy it is now.

“I just think we talked ourselves into defeat in Afghanistan,” McMaster said. “I think we’re watching the Afghan people pay the price for our self-delusion.”

Adela Raz, the Afghan ambassador to Washington, said Friday that it was “extremely unfair” to question the army’s will to fight. 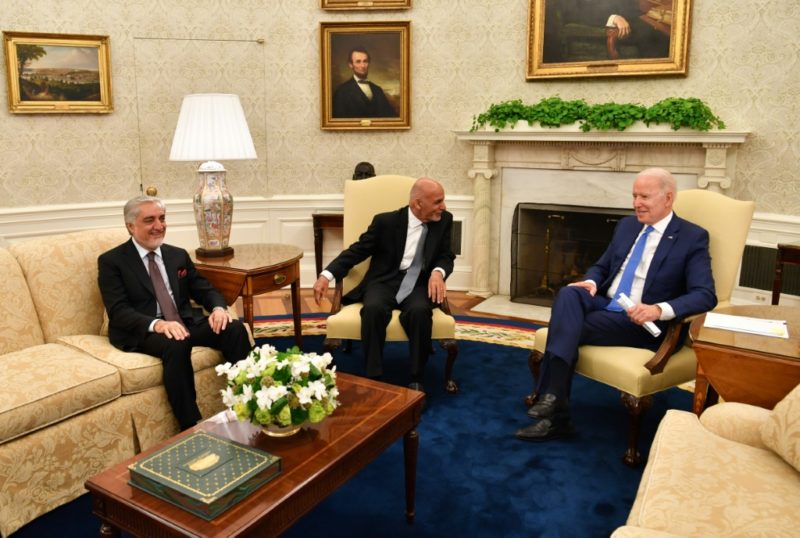 US President Joe Biden (right) meets Afghan President Ashraf Ghani (center), who has fled the country due to the Taliban takeover, and Abdullah Abdullah, in charge of diplomacy with the insurgents, at the White House on June 25, 2021. — © AFP

She instead pointed to the loss of US air support and the psychological effects of US negotiations with the Taliban.

“Despite how much we say we have not abandoned Afghanistan,” she told the PBS Newshour, “the assumption and the story back at home is, they are abandoned.”

The February 2020 deal led to the first talks between the Taliban and Afghan government and included insurgent promises not to protect Al-Qaeda or to attack major cities.

The United States said the deal was conditional on Taliban compliance but both Trump and Biden made clear they would withdraw.

Trita Parsi, executive vice president of the Quincy Institute for Responsible Statecraft, which supports US military restraint, said a conditions-based withdrawal would not have worked as the Afghan government had incentives to keep the US presence.

“The US could have stayed one more year, five more years — it wouldn’t have changed,” he said.