“In 10 years of monitoring, we’ve only seen six puffins wash in — total,” says Julia Parrish a professor who coordinates a West Coast volunteer bird-monitoring network, according to National Geographic.

Parrish says that at first, they would find 10 to 20 puffin bodies every couple of days, now they have picked up hundreds. “Now we’ve seen nearly 250 in 20 days. And these islands are small dots in the middle of a huge ocean. The entire puffin population is only 6,000 birds, and we project half that many may be affected.” 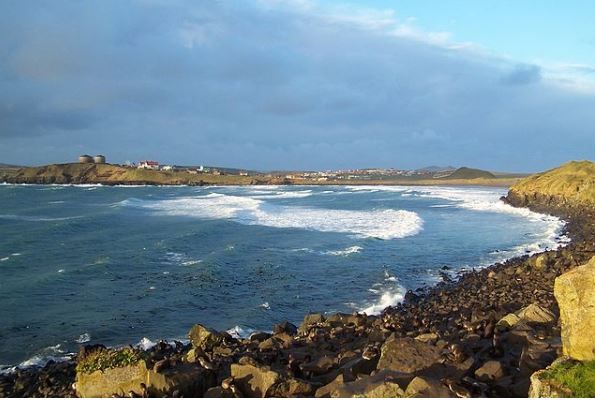 The cause of the puffin deaths is no great mystery. They are starving to death. Scientists can see this in the emaciated bodies of the white-masked, orange-beaked seabirds, and this has them doubly concerned regarding what this may portend for the usually productive Bering Sea.

Warming waters of the Gulf of Alaska and the Bering Sea
The Bering Sea provides the United States with more seafood than any other body of water in North America. From seabirds and fur seals to salmon, crab, and the $1 billion-a-year Pollock fishing industry that provides those flaky, white fish sticks Americans love, the Bering Sea has always been bountiful in its gifts.

But in the last few years, an unusually warm stretch of water has settled into the Gulf of Alaska, merging with the warm waters of Southern California, we have seen the results in the number of toxic algae blooms along the coastal waters of California and on up to Alaska. 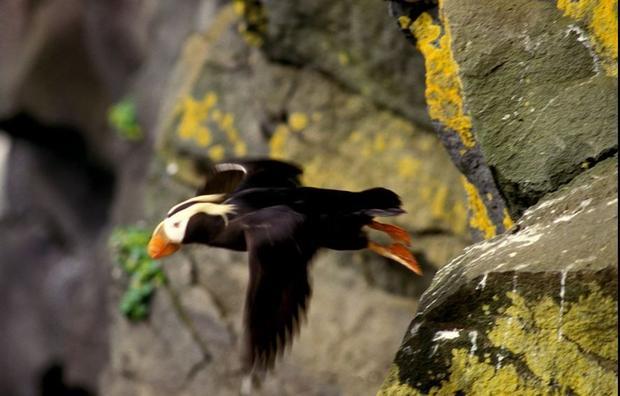 “The Bering Sea has been off-the-charts warm,” said Nate Mantua, an ecologist at NOAA’s Southwest Fisheries Science Center in Santa Cruz, California. “We’ve never seen anything like this. We’re in uncharted territory. We’re in the midst of an extraordinary time.”

And yes, it is an extraordinary time we are now experiencing. California had its longest-lasting and most toxic algae blooms this year. Even the normally chilly blanket of water at the bottom of the Bering Sea was six degrees Celsius above normal.

For months now, scientists have been looking off the coast of Oregon for the fat-rich zooplankton that form the base of the ocean food web. They have found very few. Because of this, sea lions, common murres and Cassin’s auklets have died by the thousands and scores of whales have turned up dead in Alaska.

The loss of zooplankton is frightening. This loss of such a basic food will affect not only fish populations, but every marine creature, mammals, and birds that depend on the sea for survival. Pacific puffins are not alone in this story. Atlantic puffins are also in trouble. 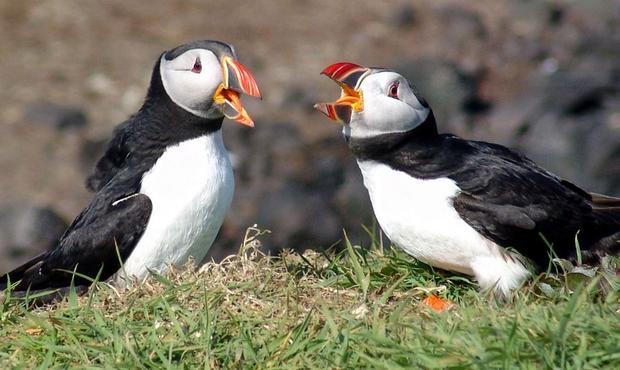 Atlantic Puffins on the Isle of Lunga, Scotland.
Steve Deger

According to the Portland Press herald, Tony Diamond, the director of the Atlantic Laboratory for Avian Research at the University of New Brunswick says the disaster can be blamed on the disappearance of certain small fish species necessary to the puffin’s diet.

Diamond says that adult puffins fly out to find fish to feed their fledglings who are left behind in nesting burrows. But in July and August this year, the parent birds were coming back to the burrows with very little in their beaks. He adds that in a typical year, about 60 percent of puffin nests produce chicks that fly off in late summer to being their lives. This year, the number was only 12 percent.

“Those that fledged were often very small with lots of down left in their plumage, so I don’t expect … any of the chicks that hatched to survive long enough to breed,” Diamond said. 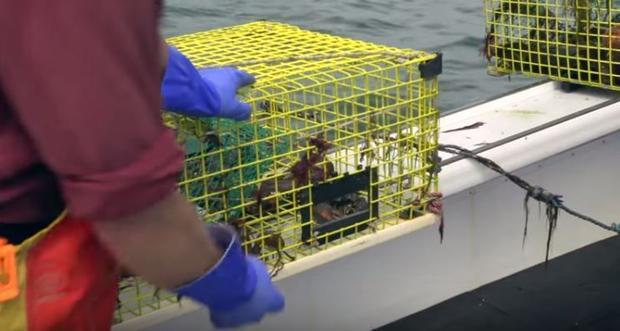 Southern New England lobstermen are dealing with dwindling stocks because the lobster population has migrated north.
The Culinary Institute of America

Normally, researchers are able to put bands on the legs of the fledglings in late July or early August, but Diamond said, “But we couldn’t this year because the chicks’ legs were too small to hold a band. We have never seen fledgling weights like this before.”

Since about 2004, the Gulf of Maine has warmed faster than anyplace else on the planet, except for a place in northeast Japan. And like scientists have found in the Gulf of Alaska, there is a correlation between the warming waters and a decrease in the food supply. 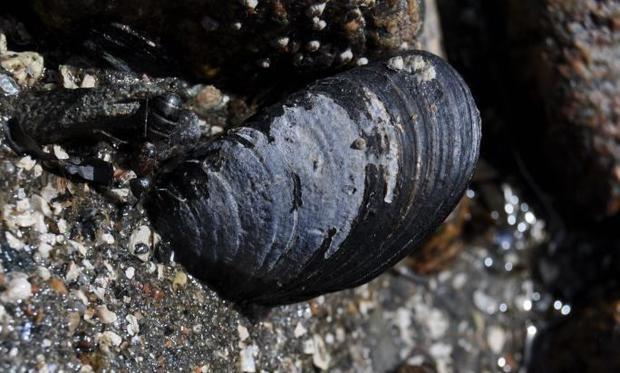 A blue mussel clings to a rock at Mount Desert Island, off the coast of Maine.
Kylla Benes / UCI

Key species, foundation species and zooplankton, the basis for the ocean food web, are disappearing and this will lead to a catastrophic change in the ocean ecosystem, and that is one environment humans are dependent on.