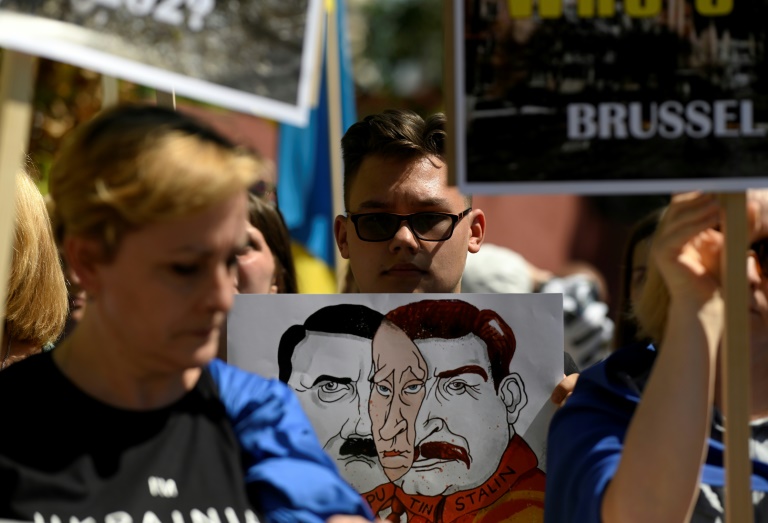 NATO leader Jens Stoltenberg says a NATO summit in Madrid will spell out the threat posed by Russia as the alliance launches the biggest overhaul of its defences since the Cold War.

“We’ll state clearly that Russia poses a direct threat to our security,” Stoltenberg says ahead of what he calls an “historic and transformative” meeting.

The alliance is boosting its deterrence capabilities and massively ramping up the number of troops it has ready to deploy at short notice in the wake of Russia’s invasion of Ukraine.

On Wednesday, it will also formally offer membership to Sweden and Finland, who have jettisoned decades of non-alignment to seek NATO’s protection in light of the Ukraine war.

Moscow says NATO is seeking to contain Russia and that Finland and Sweden’s NATO bids will have a “destabilising” effect on the world.

“The summit in Madrid confirms and consolidates this bloc’s policy of aggressive containment of Russia,” Deputy Foreign Minister Sergei Ryabkov is quoted by Russian news agencies as saying.

“We consider the expansion of the North Atlantic alliance to be a purely destabilising factor in international affairs,” he adds.

More than $330 billion in financial resources owned by Russia’s elite and its central bank have been frozen by the West since Moscow’s invasion, according to an international sanctions task force.

The Russian Elites, Proxies, and Oligarchs Task Force (REPO) says that members, who include the US, Canada, UK, leading EU members, Japan and other allies, have blocked $30 billion in assets belonging to Russian oligarchs and officials and immobilised $300 billion owned by the Russian central bank.

NATO member Turkey drops its opposition to Finland and Sweden joining the club, after talks in Madrid between Turkish President Recep Tayyip Erdogan and the leaders of the two Nordic states.

Turkey had threatened to veto their entry to the club, accusing them of harbouring Kurdish militants engaged in a decades-long insurgency against the Turkish state.

Turkey says that in exchange for its support it will seek the extradition of 33 “terror” suspects from Sweden and Finland.

Authorities in Crimea announce the launch of bus and train services between the Moscow-annexed peninsula and Russian-occupied parts of southern Ukraine.

“Starting from July 1, regular bus and train services between Crimea and the regions of Kherson and Zaporizhzhia will be launched for the first time in eight years,” Sergei Aksyonov, the pro-Moscow head of Crimea, says.

Russia’s invasion aimed in part at ending Crimea’s isolation by seizing control of large parts of southeast Ukraine to create a land bridge between Russia and the peninsula, which was seized by Moscow in 2014.