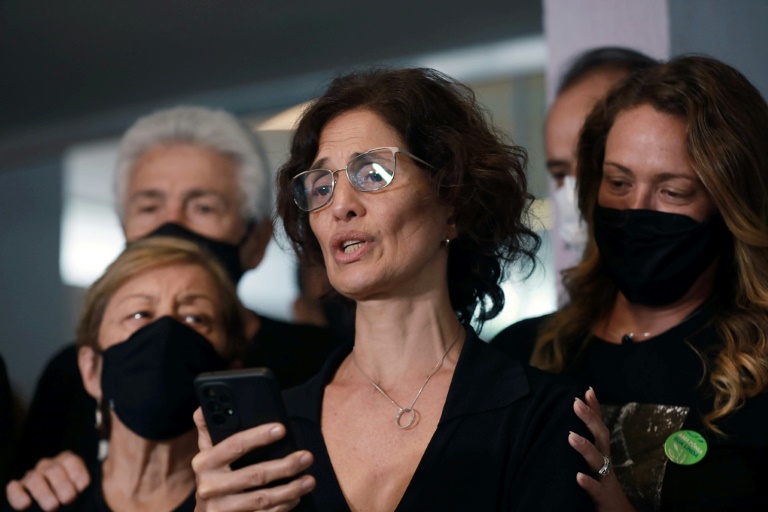 Grieving family and friends paid their last respects Sunday to British journalist Dom Phillips who was murdered in the Amazon earlier this month along with his local guide.

Phillips, 57, and Bruno Pereira, 41, an expert in Indigenous affairs, were shot while returning from an expedition in a remote region of the rainforest that is plagued by drug trafficking, illegal gold mining and fishing.

“Dom will be cremated in the country he loved, Brazil, which he had chosen as home,” his widow, Brazilian Alessandra Sampaio, told reporters through tears after a wake for Phillips was held at the Parque da Colina cemetery outside Rio de Janeiro.

“Dom was a very special person, not only for defending what he believed in as a professional, but also for having a huge heart and a great love for humanity,” Sampaio said.

“Let’s celebrate the sweet memory of Dom and his presence in our lives.”

She said the family will pay close attention to the investigation into the murder of her husband and his colleague and demand justice.

Three suspects have been arrested in the crime, including a fisherman who confessed to burying the bodies and led investigators to the scene.

The disappearance of Phillips and Pereira on June 5 sparked an international outcry. Activists have blamed the killings on President Jair Bolsonaro for allowing commercial exploitation of the Amazon at the cost of the environment and law and order.

Pereira, an outspoken defender of Indigenous rights, had received multiple death threats before the double murder.

He was laid to rest Friday in his home state of Pernambuco, in northeastern Brazil, to solemn funeral Indigenous hymns performed by members of a tribe he spent his life and work defending.