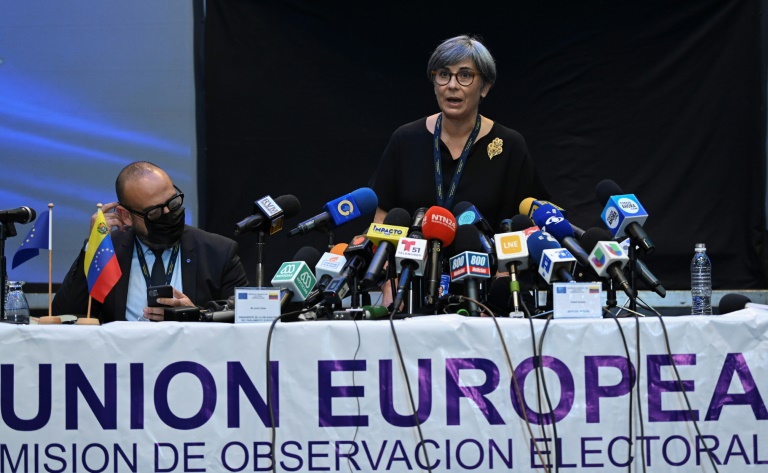 “Those who came as enemies, the delegation of spies from the European Union, found not a bit of evidence to criticize the electoral system,” Maduro said of the November 21 vote for gubernatorial and mayoral posts.

Candidates who back the Maduro government were declared the winners in the vast majority of the races.

In this voting opposition parties were taking part for the first time since 2017, ending a string of boycotts.

The EU observer mission said that despite what it called better conditions than in previous elections, it noted a “lack of adherence to the rule of law.”

Mission head Isabel Santos said “some laws affected the equality of conditions, the balance and the transparency of the elections.”

The government of Maduro, whose 2018 election is not recognized by much of the international community, won a landslide victory in last weekend’s voting, which was overseen by EU observers for the first time in 15 years.

But the socialists were helped by the failure of opposition groups to unite around single candidates in a bid to wrest some power and control from Maduro, who has presided over the oil-rich country’s economic collapse.

“Divide and conquer… Quite a few states were lost due to division and the failure to recognize emerging leaders,” columnist and university professor Pedro Benitez told AFP.