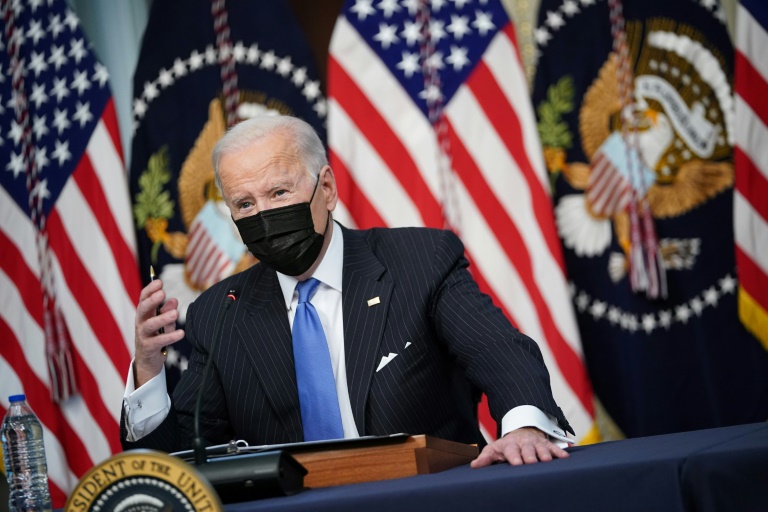 The United States on Sunday reached 800,000 coronavirus-related deaths, as the nation braces for a potential surge in infections due to more time spent indoors with colder weather and the highly transmissible Omicron variant of the virus.

And in the United Kingdom, the Covid alert level has been raised to Level 4, indicating substantial pressure on the National Health Service (NHS) amid concerns over the rapid increase in Omicron cases and a warning that the health service is “on its knees,” reports The Guardian.

And the one issue under debate in both countries as well as other nations is vaccine mandates, despite the endorsement from public health experts, according to the International Business Times.

Last week, the headlines were not filled with your typical vaccine dissenters but featured a new cast of characters opposed to vaccine mandates. Two Democrats and a key World Health Organization medical doctor dealt a bit of a blow to President Joe Biden’s and other world leaders’ plans.

On Wednesday, Democratic Senators Joe Manchin of West Virginia and Jon Tester of Montana voted against President Biden’s vaccine-or-test mandate for large businesses, joining every Republican senator in a 52-48 vote.

The mandate orders businesses with at least 100 workers to obtain proof of vaccination from employees by Jan. 4 or subject them to weekly testing and masking.

The only problem with this particular vote is that it has very little chance of going forward, seeing as the House of Representatives is controlled by Democrats.

In Great Britain, Prime Minister Boris Johnson’s “Plan B” is set to go into effect this week, that includes vaccine passports to be made mandatory for large venues, compulsory mask-wearing in most public indoor settings, as well as guidance for employees to work from home where they can.

Johnson is already facing a huge backlash – with more than 60 Conservative MPs said to be against the new mandates. Among those who have voiced concerns about the scaling-up of restrictions are former Cabinet ministers David Davis, Esther McVey, Dr. Liam Fox, Greg Clark, and former Brexit minister Steve Baker.

“I think all these things are wrong, they’re disproportionate and there’s inadequate evidence that they’re required. And I really think this is the crucial point here now – what’s on the table is what kind of society we’re creating as we go forward.”

Back here, in the U.S., we have heard all the arguments and more from anti-vaxxers, including different political persuasions, so like the UK, we are in somewhat, the very same spot.

By the numbers – A deeper look into the pandemic

With the new milestone in coronavirus deaths in the U.S. standing at 800,000, over 450,000 people have died after contracting COVID-19 so far in 2021, according to Reuters, which added that the total accounts for 57 percent of all U.S. deaths from the illness since the pandemic started.

The 2021 death toll in the U.S. had already surpassed the 2020 total in November. Data from the Centers for Disease Control and Prevention (CDC) indicate that the total number of deaths involving COVID-19 in 2020 was 385,343.

However, the emergence of the Omicron variant has set alarm bells ringing, with the UK Health and Security Agency (UKHSA) warning that even if the new variant causes less serious disease than Delta, it could lead to 5,000 people being admitted to the hospital every day

All these figures lead to a very relevant question. If vaccines are so accessible in the UK and the US, why are so many people resistant to getting them, if for no other reason than helping to protect the general public.

A Gallup poll in September found that 58 percent of Americans are in favor of large companies requiring their employees to get vaccinated against COVID or be tested for it weekly.

On Tuesday, Dr. Hans Kluge, the WHO’s Europe director, said that compulsory vaccinations should be an “absolute last resort.” Kluge’s remarks come just as several European countries are grappling with winter COVID surges and questions over the Omicron variant and its risks.

There have been protests against the use of mandates in a number of European countries, with the latest one occurring on Saturday when about 45,000 protestors in Vienna rallied against mandatory COVID vaccines.

This may be the time for a “last resort” action for all governments if we want to win this fight against the coronavirus.

In this article:covid-19 pandemic, Death toll milestone in US, planb, vaccine mandates