Petroleum coke or pet coke, is the bottom-of-the-barrel leftovers from the refining of Canadian oilsands crude oil and other heavy oils. Nearly pure carbon, pet coke is a potent source of carbon dioxide if burned. Pet coke is either calcined, the product of the coker unit in a crude oil refinery, or uncalcined, meaning it has not been treated.

Pet coke is cheap, and it burns much hotter than coal. Not only does it contain more carbon, but it also contains more heart and lung-damaging sulfur. This reduces its market value and may prevent its use as fuel due to restrictions on sulfur oxides emissions for environmental reasons.

What to do with the piles of petroleum coke?
And while methods have been suggested for reducing or eliminating sulfur from pet coke, as of 2011 there was no commercial process available to desulfurize pet coke. So refineries had to do something with the huge stockpiles.

The pet coke are usually stored in a pile near an oil refinery pending sale. When Marathon Petroleum refinery in Detroit began refining bitumen from the oil sands of Alberta in November 2012, it didn’t take long before a large stockpile owned by Koch Carbon began to grow near the Detroit River.

As of 2013, there were also large stockpiles of pet coke in Canada. At that time, China and Mexico were major importers of pet coke from California refineries, while Florida-based Oxbow Corporation, owned by William I. Koch, was a major dealer in pet coke, selling 11 million tons annually. 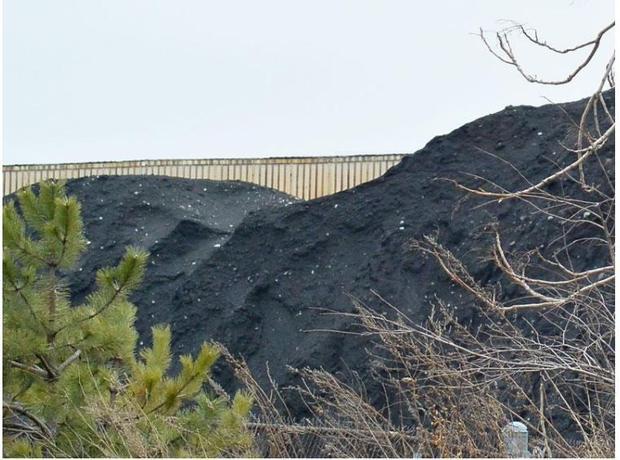 Close-up view of a pet coke pile on Chicago’s south side.
EPA

By 2013, the U.S. was exporting 60 percent of all pet coke produced from the refining process. Looking at October 2017 exports of pet coke, Platts of London reports that US calcined and non-calcined pet coke exports for August totaled 3.41 million metric tons, up 28 percent from July and up 14.8 percent from the year-ago month.

India to restrict the import of pet coke
The story on the U.S. export of petroleum coke came out two days ago, based on an Associated Press investigation. The AP found that in 2016, “the U.S. sent more than 8 million metric tons of pet coke to India. That’s about 20 times more than in 2010, and enough to fill the Empire State Building eight times.” 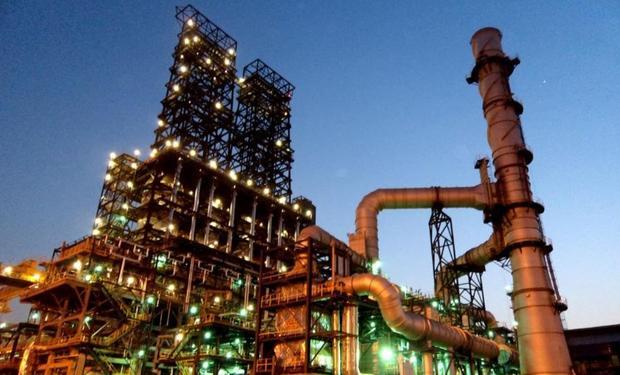 The news, in turn, prompted India’s court-appointed Environmental Pollution Control Authority to run laboratory tests on the imported pet coke and it was found to have 17 times more sulfur than the limit set for coal, and a staggering 1,380 times more than for diesel. And it should be noted that India’s own pet coke also adds to the pollution problem.

This analysis lends credence to the reports of pollution levels in New Delhi being so high in October and November they couldn’t be accurately read. The country has seen a dramatic increase in sulfur dioxide and nitrogen dioxide emissions in recent years, concentrated in areas where power plants and steel factories are clustered.

“We should not become the dustbin of the rest of the world,” said Sunita Narain, a member of the pollution authority who also heads the Delhi-based Center for Science and the Environment. “We certainly can’t afford it; we’re choking to death already.” 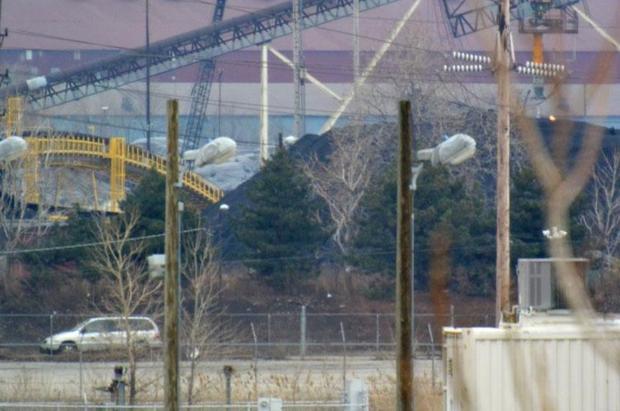 A passing car shows the scale of a petroleum coke pile on Chicago’s South Side. (May 4, 2015).
EPA

Now, India is fighting back. On Saturday, Union Petroleum and Natural Gas Minister Dharmendra Pradhan said the government is planning to curb the imports of petroleum coke. At a press conference called after the AP story was published, Pradhan said: “Recently the Supreme Court banned the use of pet coke in three states surrounding the Delhi-NCR. Consumption of pet coke is around 25 million tonnes in our country. Of this, around 13 million tonnes is produced by Indian refineries, with the rest being imported.”

When asked specifically about restricting the import of pet coke from the U.S., Pradhan answered, “At present, the ministry of petroleum along with ministries of environment, commerce, and some other ministries are framing a policy to increase restrictions on imports of pet coke. We are planning to implement a system to stop imports and use home-produced pet coke for non-polluting sectors, such as cement production.”