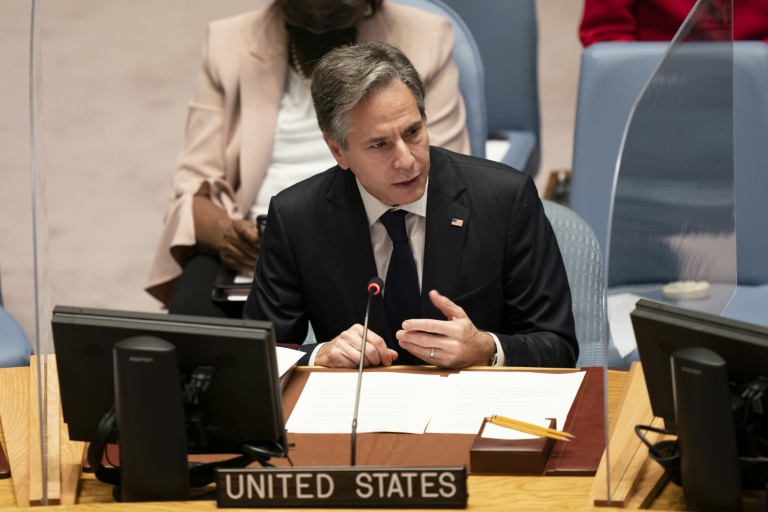 US Secretary of State Antony Blinken on Thursday urged all countries to raise climate ambitions as the UN Security Council took up the environmental crisis, warning that it is aggravating conflicts.

Blinken pointed to record rains in New York that contributed to dozens of deaths and said that climate has aggravated conflicts in countries such as Syria, Mali, Yemen, South Sudan, and Ethiopia.

“The climate crisis isn’t coming. It’s already here and clear patterns are emerging and its impact, the consequences, are falling disproportionately on vulnerable and low-income populations,” Blinken said.

“All our nations must take immediate, bold actions,” Blinken said, weeks ahead of high-stakes UN climate talks in Glasgow.

In a veiled reference to China, the only emitter larger than the United States, Blinken highlighted President Joe Biden’s pledge before the United Nations on Tuesday to double financial support for the hardest-hit countries.

“We urge other governments to step up in making these investments, particularly those like the United States that are the biggest emitters,” Blinken said.

Russia has been skeptical, saying that climate does not fit the agenda of the Security Council.

Blinken said that taking up climate sends a “clear message to the international community of the serious implications that climate change has for our collective security.”

UN Secretary-General Antonio Guterres told the session that a recent report by UN scientists that showed dangerously intensifying levels of climate change was “a code red for humanity.”

He said that at least 30 million people were displaced by climate-related disasters last year and that “no region is immune.”

“Our window of opportunity to prevent the worst climate impacts is rapidly closing,” he warned.