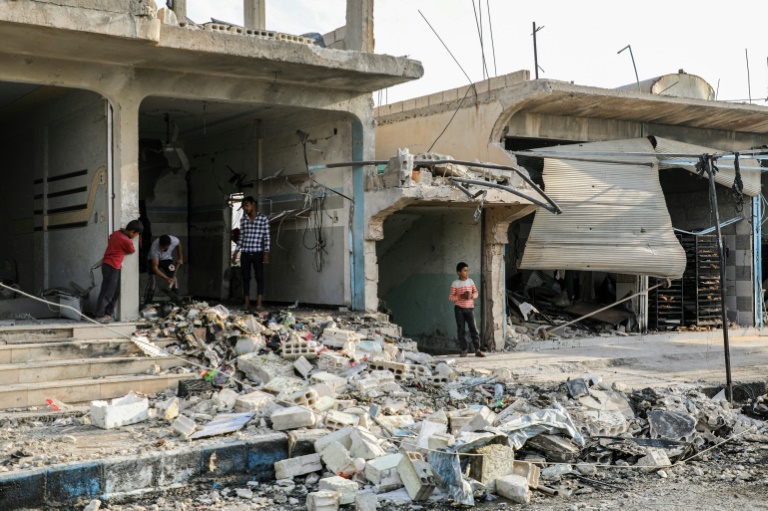 The United States on Wednesday slapped sanctions on a Syrian armed group that killed a Kurdish politician amid Turkey’s 2019 incursion, vowing to keep pursuing accountability in the war-ravaged country.

The United States also took action against two men accused of funding extremists in Syria, including one based in Turkey, as well as five prison officials from President Bashar al-Assad’s regime over torture.

The Treasury Department said it was blocking any assets and banning any US transactions with Ahrar al-Sharqiya, a once obscure armed group that came under the spotlight as Turkey sent forces into northern Syria in October 2019 following talks with then president Donald Trump.

The UN rights office said that fighters from the group pulled a 35-year-old Syrian Kurdish politician, Hevrin Khalaf, out of her car and shot her dead in a possible war crime.

The Treasury Department said the group has killed hundreds more since 2018 in a prison it runs near Aleppo and has integrated former members of the Islamic State extremist group.

“Our designations today should serve as a reminder that the United States will use all its diplomatic tools to promote accountability of persons who have inflicted abuses and suffering against the Syrian people,” said Aimee Cutrona, a senior State Department official handling Syria.

“These designations come at a moment in which we are seeing an increase of violence in northwest Syria. The United States continues to call for an immediate nationwide ceasefire and de-escalation of violence in Syria,” she told reporters.

The Treasury Department took action against five prison officials and eight prisons as it estimated that 14,000 people have been tortured to death as Assad crushes a decade-old uprising.

It also imposed sanctions on Hasan al-Shaban, an alleged Al-Qaeda fund-raiser based in Turkey, and Farrukh Furkatovitch Fayzimatov, who is accused of funding the Hayat Tahrir al-Sham alliance, led by Al-Qaeda’s former Syria affiliate.

The United States has had complicated relations with NATO ally Turkey, with Trump appearing to support President Recep Tayyip Erdogan as he linked Syrian Kurds who led the US-backed fight against the Islamic State group to domestic Kurdish separatists.

President Joe Biden’s administration has sharply criticized Turkey on a number of fronts, most recently on Cyprus, but has also welcomed Turkish offers to protect the international airport in Kabul as US forces withdraw from Afghanistan.

In this article:Syria, Turkey, United States