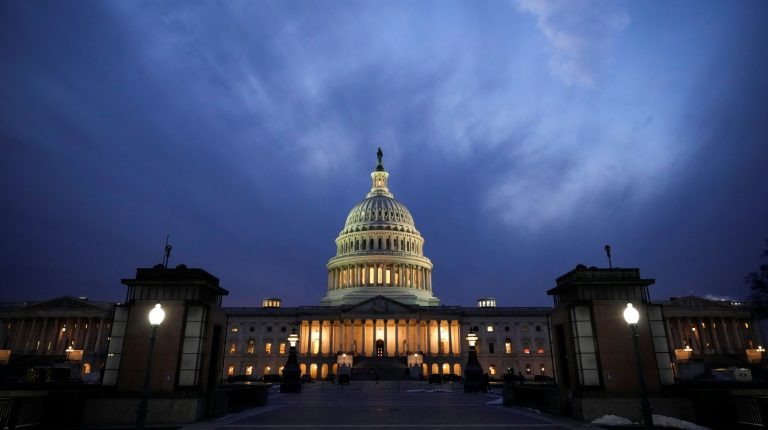 US senators dealt a death blow Wednesday to President Joe Biden’s push to defend voting rights against what Democrats frame as an all-out assault by conservative states targeting racial minorities.

Faced with a blockade from Republicans complaining of federal overreach, the ruling Democrats were unable to push through the Freedom to Vote Act and John Lewis Voting Rights Advancement Act passed by the House of Representatives last week.

“I am profoundly disappointed that the Senate has failed to stand up for our democracy. I am disappointed — but I am not deterred,” Biden said in a statement posted to social media immediately after the vote.

“We will continue to advance necessary legislation and push for Senate procedural changes that will protect the fundamental right to vote.”

Democrats and voting rights activists have championed the measures as a necessary response to Republican efforts to restrict voting, especially among Black and Latino Americans.

“I know this is not 1965. That’s what makes me so outraged. It’s 2022, and they’re blatantly removing more polling places from the counties where Blacks and Latinos are overrepresented,” New Jersey Democrat Cory Booker said on the floor of the Senate.

The legislation would have guaranteed the right to mail-in voting, ballot drop boxes and at least two weeks of early voting — as well as making Election Day a national holiday.

It also addressed “gerrymandering” — the partisan trick of redrawing congressional districts in the ruling party’s favor — and would have required states with a history of discrimination to get federal clearance before changing election law.

But all 50 Republicans voted against the reforms, arguing that restrictions such as limiting mail-in voting and insisting on voter identification were simply common sense.

“The concern is misplaced. If you look at the statistics, African American voters are voting in just as high percentage as America,” Senate Republican Leader Mitch McConnell told reporters ahead of the vote.

“In a recent survey 94 percent of Americans thought it was easy to vote. This is not a problem. Turnout is up, the biggest turnout since 1900.”

Democrats hold a technical majority of one in the evenly split Senate, with Vice President Kamala Harris able to act as a tiebreaker on 50-50 votes.

With no Republicans breaking ranks, Democrats were unable to overcome the so-called “filibuster” — the 60-vote threshold required to take proposed legislation to a vote in the Senate.

Schumer proposed re-instating the “talking filibuster,” forcing Republicans to speak on the floor to sustain their opposition, and introducing a limited carve-out exemption from the 60-vote threshold.

But that maneuver also fell short, as moderate Democratic senators Joe Manchin and Kyrsten Sinema sided with Republicans to vote no.

With the broad push to strengthen voting rights now in limbo, Democrats have the option of pursuing a narrower, cross-party effort to safeguard elections.

This would likely include funding to help protect election officials from threats and tightening the process Congress uses to certify presidential elections every four years.

In this article:Congress, Joe Biden, Politics, Rights, US, US Senate, Voting