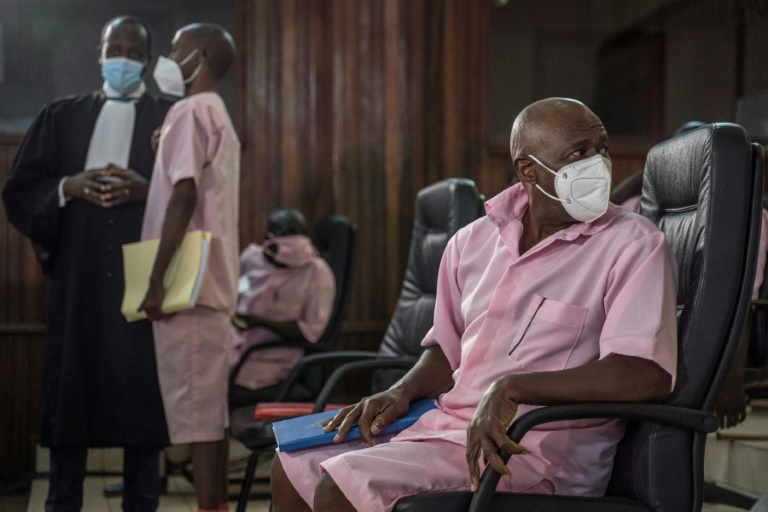 The United States said Thursday it has determined that “Hotel Rwanda” hero Paul Rusesabagina has been “wrongfully detained” by Kigali, which handed him a 25-year prison term.

Rusesabagina, who holds US permanent residence and Belgian citizenship, has denounced Rwandan President Paul Kagame as a dictator and was sentenced by a court on “terrorism” charges.

“The Department of State has determined Paul Rusesabagina is wrongfully detained,” a spokesperson for the agency said.

“The determination took into account the totality of the circumstances, notably the lack of fair trial guarantees during his trial,” it said.

The designation requires the State Department, which has earlier voiced concern about the case, to work to free him.

Rusesabagina, then a Kigali hotel manager, is credited with saving hundreds of lives during the 1994 genocide and his actions inspired the Hollywood film “Hotel Rwanda.”

He has been behind bars since his arrest in August 2020 when a plane he believed was bound for Burundi landed instead in Kigali.

His family in a statement voiced hope that the designation will bring “increased pressure” from the United States on Rwanda to free him.

“Most importantly, Rusesabagina’s health is deteriorating, and his family fears that he will die in jail in Rwanda if something is not done by the United States and others to free him,” it said.

“He is a 67-year-old cancer survivor who appears to have suffered one or more strokes in recent months,” it said, adding that visitors had recently noticed he was experiencing pain in his left arm.

Rusesabagina’s family recently filed a $400 million lawsuit in the United States against Kagame, the Rwandan government and other figures for allegedly abducting and torturing him.

Rusesabagina was convicted in September of involvement in a rebel group blamed for deadly gun, grenade and arson attacks in Rwanda in 2018 and 2019.

In this article:Politics, Rights, Rusesabagina, Rwanda, US