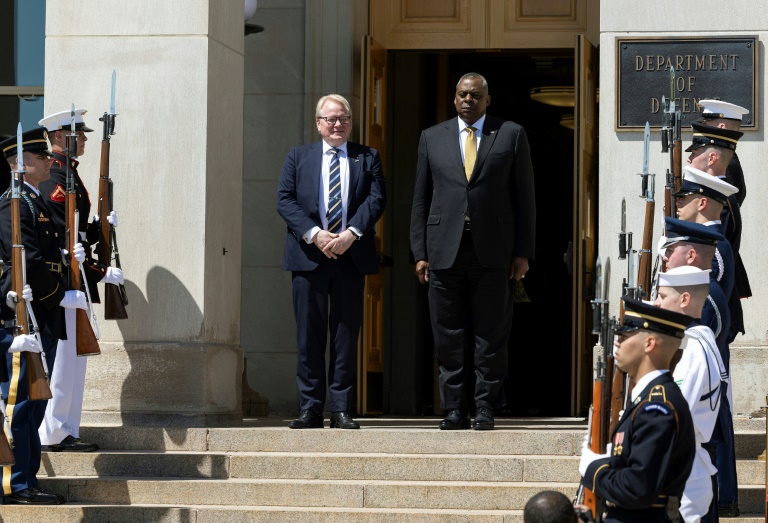 The United States Wednesday gave its full support for Sweden and Finland’s bids to join NATO, promising to stand by them if threatened by Russia and pressing Turkey to not block their membership.

Hours after the two Nordic countries formally submitted their applications to enter the Atlantic alliance, President Joe Biden welcomed the move and said he would work with other NATO members and with the US Congress to ensure the process moved quickly.

“While their applications for NATO membership are being considered, the United States will work with Finland and Sweden to remain vigilant against any threats to our shared security, and to deter and confront aggression or the threat of aggression,” he said in a statement.

Biden made the comments a day before welcoming Finnish President Sauli Niinisto and Swedish Prime Minister Magdalena Andersson to the White House for meetings that will likely underscore the geopolitical shift of their decision to join NATO in the wake of Russia’s invasion of Ukraine.

US officials pledged to work with them to overcome key issues on their way to membership, including the need for some security guarantees before they are accepted into the alliance and Turkey’s opposition to their joining.

Turkey, which like all NATO members has the right to veto a nation’s candidacy, has raised objections, and ambassadors meeting in Brussels failed Wednesday to reach consensus on starting formal membership negotiations.

Turkey has accused the two countries, especially Sweden, of giving safe haven to members of the outlawed Kurdistan Workers’ Party (PKK), which is designated as a terror group by Ankara and its Western allies.

They met “to reaffirm their strong cooperation as partners and NATO allies,” the State Department said in a statement, not mentioning the controversy over Sweden and Finland.

But White House National Security Advisor Jake Sullivan said the Biden administration was “confident” that Turkey’s concerns can be addressed and the two countries will join the alliance.

“We feel very good about where this will track to,” he said.

“The secretary made it very clear that we have a comfort level with their military, going back many years,” said spokesman John Kirby, noting the Pentagon’s willingness “to have a discussion with them about security and capability needs that they might have to help assure them and to deter Russia, should that be necessary.”

“We need to remember these are not two militaries that are strangers to us. We know them very well. We operate with them, we exercise with them,” Kirby said.

“So being able to provide some security assurances will not be a giant leap for us at all.”

Asked about the issue of Turkey — also an important US defense partner — Kirby said they were “still working with Turkey to clarify” the specifics of its opposition to Sweden and Finland entering NATO.

In this article:Conflict, Finland, nato, Russia, Sweden, Ukraine News, US