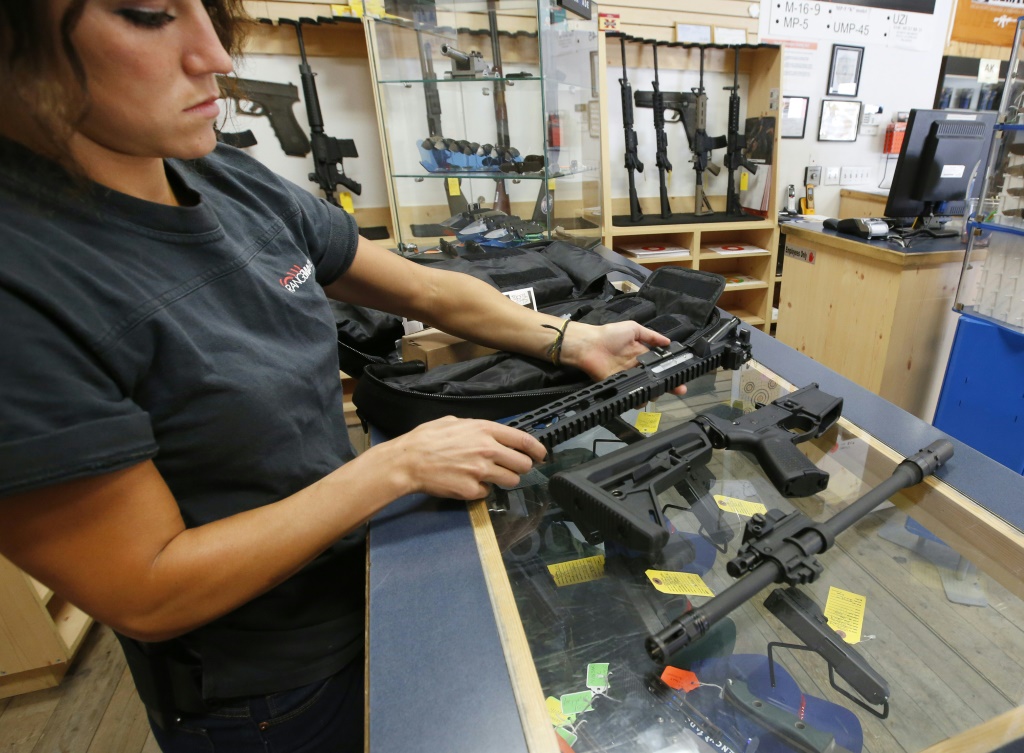 US senators unveiled a bill Tuesday addressing the epidemic of gun violence plaguing the country as they locked down a narrow set of reforms that were nevertheless hailed as the first significant firearms controls in a generation.

The cross-party group, which had been working for weeks on the wording of the legislation, voiced confidence that it would have enough support to pass the Senate, and it could be signed into law by President Joe Biden as soon as next week.

The limited proposals don’t go as far as reforms called for by Biden, such as an all-out ban on assault rifles.

But Chris Murphy, the senator leading negotiations for Democrats, hailed the bill as the “most significant piece of anti-gun violence legislation in nearly 30 years.”

“This bill is going to save thousands of lives,” he tweeted.

The lawmakers had been up against the clock — aware that any delay risked losing the sense of urgency ignited by the fatal shooting of 19 children in Uvalde, Texas and of 10 Black people at a supermarket in Buffalo, upstate New York, both last month. 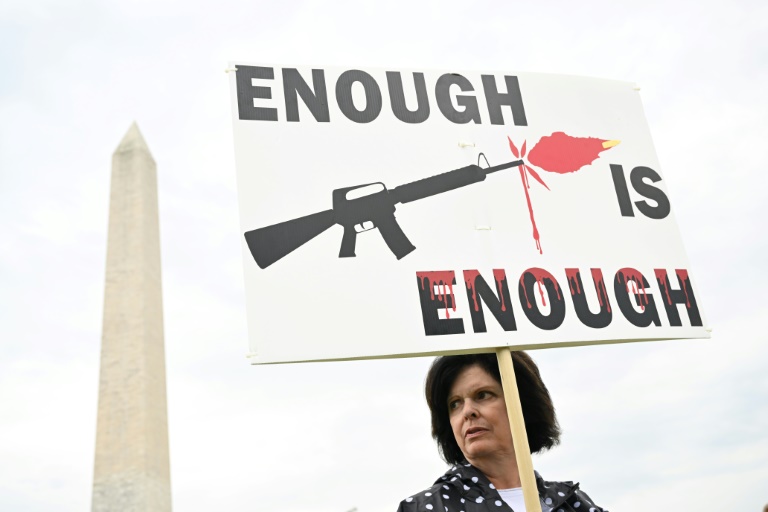 Gun control advocates, like this protester at the “March for Our Lives” in Washington on June 11, 2022, have not seen significant federal reforms since 1994 – Copyright AFP/File SAUL LOEB

The last significant federal gun control legislation was passed in 1994, banning the manufacture for civilian use of assault rifles and large capacity ammunition clips.

But it expired a decade later and there has been no serious effort at reform since, despite rising gun violence.

“This bipartisan gun-safety legislation is progress and will save lives. While it is not everything we want, this legislation is urgently-needed,” Democratic Senate leader Chuck Schumer said in a statement.

A cross-party group of senators agreed on a framework on June 12 that includes enhanced background checks for buyers aged under 21, $11 billion in funding for mental health and $2 billion for school safety programs.

The blueprint also calls for funding to incentivize states to implement “red flag” laws to remove firearms from people considered a threat.

Multiple issues had been holding up the talks but appeared to have been resolved, with both sides making concessions.

The first was “red flag” programs that many conservatives see as violating the due process rights of those accused of being a threat.

The Senate Democrats agreed the final gun control bill would extend funding for states with red flag policies to also include states with other crisis intervention programs.

And Democrats got the Republicans to agree to closing the so-called “boyfriend” loophole.

Under federal law, individuals are banned from buying firearms if they are convicted of domestic violence and have been married to, lived with or have a child with the victim.

Democrats ensured that law will now include other kinds of dating partners.

The Senate Democratic leadership is hoping to pass the bill by the weekend, when members leave town for a two-week recess.

The House — which is also off next week — would likely stay in session into the weekend or bring representatives back during the break to send the legislation to Biden.

Republicans in Texas booed Cornyn as he tried to defend the bill at a convention over the weekend, underlining the peril conservatives face in appearing open to any gun control reform.

Biden had pushed for more substantial reforms, including a ban on assault rifles — which were used in both the Texas and New York shootings — and high-capacity magazines.

But the political challenge of legislating in a 50-50 Senate, where most bills require 60 votes to pass, means that more wide-ranging reforms are unrealistic.

In this article:Crime, guns, Politics, Shootings, US