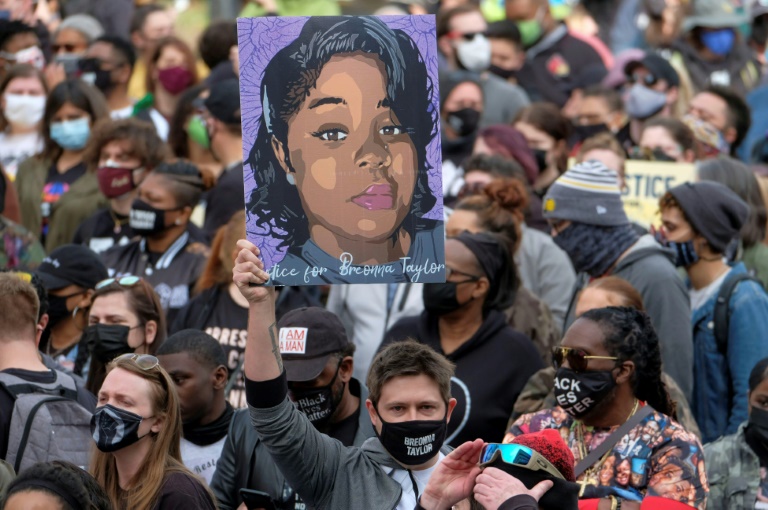 The US Justice Department on Monday announced an investigation of systematic abuse by police in Louisville, Kentucky, 13 months after officers shot dead Black medical technician Breonna Taylor in a raid on her home.

Just days after launching an investigation of Minneapolis police in the wake of the killing of George Floyd, Attorney General Merrick Garland said the examination of Louisville will focus on a pattern of unreasonable use of force, unlawful searches and seizures, and discrimination against African-Americans.

Both investigations could lead to police being legally bound by consent decrees to enact reforms.

After Donald Trump refused to use federal pressure to reform local police departments, the probes underscore the determination of President Joe Biden’s administration to hold police to account amid a series of unjustified shootings and killings of African-Americans.

“All of these steps will be taken with one goal in mind: to ensure that policing policies and practices are constitutional and lawful,” Garland said.

The Louisville police came under particular scrutiny in the nationwide Black Lives Matter protests against police abuse last year because of the death of Taylor.

The 26-year-old emergency room technician was shot dead in Louisville on March 13, 2020 after three plainclothes policemen executing a drugs-related search warrant burst into her apartment in the middle of the night.

Her boyfriend exchanged fire with the officers, who he said he thought were intruders. Police fired more than 30 shots and Taylor was struck at least five times. No drugs were found.

The police initially released only a few details about the raid and at first cleared the officers of any wrongdoing.

When the May 2020 police killing of George Floyd in Minneapolis brought such incidents to greater public attention, sparking nationwide protests and riots, Taylor’s case drew more scrutiny as well.

An investigation found many problems with police behavior in the case, including the way the warrant was issued and implemented.

But in September a grand jury ruled that only one of the three officers should be charged, for three counts of “wanton endangerment” over shots fired into adjoining apartments.

Separately, though, the city agreed last September to pay Taylor’s family $12 million over her death, and to enact certain reforms.

Garland said the Louisville police will also be examined over a pattern of misuse of force against protestors engaged in legal demonstrations.

“Louisville has already taken some steps towards reform through its settlement with the family of Breonna Taylor, as well as through other measures,” Garland said.

“It is clear that the public officials in Minneapolis and Louisville, including those in law enforcement, recognize the importance and urgency of our efforts.”