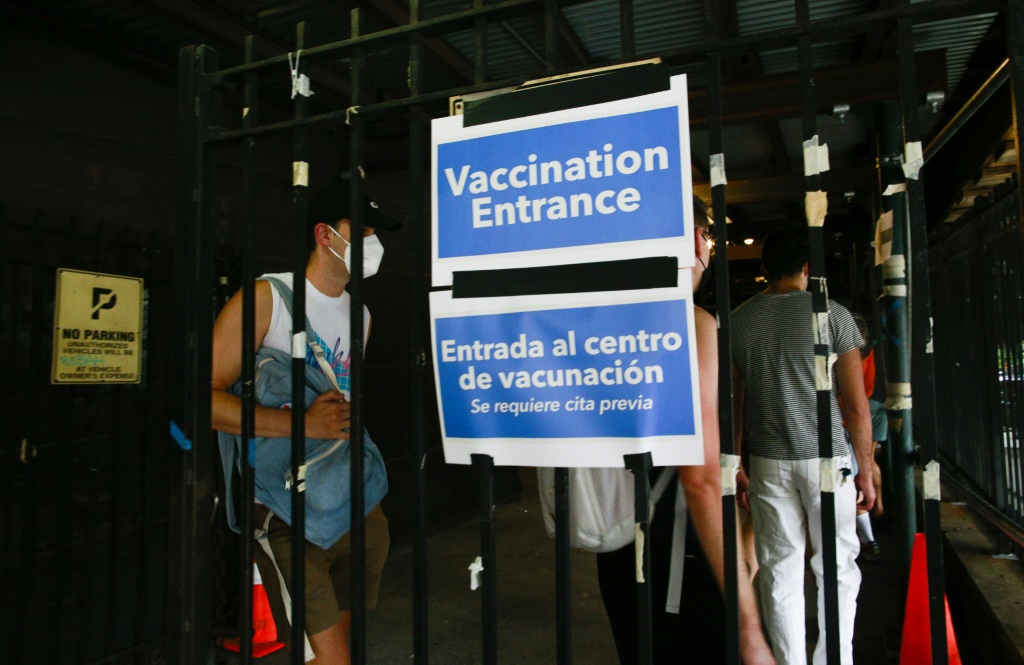 US President Joe Biden’s government on Thursday declared monkeypox a public health emergency, a move that should free up new funds, assist in data gathering and allow the deployment of additional personnel in the fight against the disease.

The move came as nationwide cases topped 6,600, around a quarter of them from New York state,  and experts warned swift action was needed if the outbreak is to be contained in its early stages.

“We’re prepared to take our response to the next level in addressing this virus, and we urge every American to take monkeypox seriously and to take responsibility to help us tackle this virus,” Health and Human Services secretary Xavier Becerra said in a call.

Observers believe the real number of cases could be much higher than official figures suggest, since symptoms in the current global outbreak, which began in May, have included subtle signs, such as single lesions, in addition to the more familiar widespread rashes.

This can lead to cases being missed or misdiagnosed as the presentation is similar to common sexually transmitted infections.

The US has so far delivered some 600,000 JYNNEOS vaccines — originally developed against monkeypox’s related virus, smallpox — but this number is still far short of the approximately 1.6 million people considered at highest risk and who need the vaccine most.

Supply chain constraints mean the country should receive its next shipment of 150,000 JYNNEOS vaccines — which was developed with US federal funding but is made by a small Danish company called Bavarian Nordic — only by September, said Dawn O’Connell, a senior HHS official.

Some 99 percent of US cases have so far been among men who have sex with men, HHS said last week, and this is the population authorities are targeting in the national vaccination strategy.

In contrast to previous outbreaks in Africa, the virus is now predominantly spread through sexual activity — but the Centers for Disease Control and Prevention says other routes are also possible, including sharing bedding, clothing, and prolonged face-to-face contact.

Authorities are carrying out specific outreach efforts to the MSM community, including advising them on new types of symptoms and suggesting reducing their number of sexual partners until vaccinated.

There are a small but rising number of women and children who have also been affected as a result of sexual or household contact.

Fortunately, there have been no reported US deaths, with all patients so far recovering. However, some have required hospitalization to treat extreme levels of pain.

Some 14,000 doses of an antiviral drug known as tecovirimat, or TPOXX by its trade name, have been delivered to treat the disease — but the drug was developed against smallpox and its efficacy against monkeypox isn’t yet fully understood.

The focus on MSMs has led to concerns of stigmatization.

But writing in Medscape, University of California, San Francisco professor Monica Gandhi said the focus on the most affected population was helpful.

“Just like with HIV and COVID, it is important to define populations most at risk so we can prioritize targeted messaging and resources toward those groups,” she said.

– Five vaccines from one dose –

The US declaration comes after the World Health Organization also designated the outbreak an emergency last month — something it reserves for diseases of highest concern.

Also Thursday, US Food and Drug Administration commissioner Robert Califf said his agency was considering changing the way the vaccine is injected, adopting an approach that would allow five times as many people to be vaccinated based on the same supply.

The vaccine is currently administered underneath the skin, but the new technique would involve administering it within the skin, at a more shallow angle.

This “means basically sticking the needle within the skin and creating a little pocket there into which the vaccine goes, so this is really nothing highly unusual,” said Califf.

The US will first need to declare another type of emergency so the new vaccine administration method can be greenlighted, he added. ia

In this article:Health, monkeypox, public health emergency, US, Virus