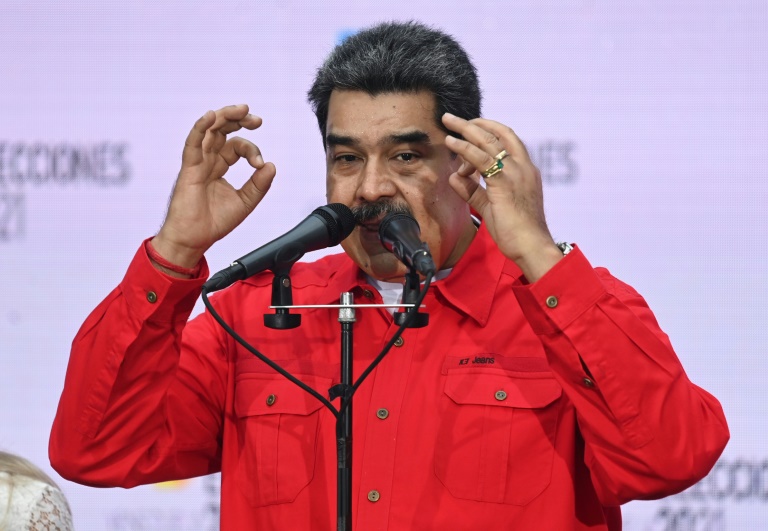 The United States said Monday that Venezuela’s regional elections were not free and fair, and vowed to keep up pressure on leftist leader Nicolas Maduro, whom Washington considers illegitimate.

Maduro’s forces were said to have won a landslide victory in Sunday’s election, which saw the return of opposition parties to the ballot for the first time since 2017.

But US Secretary of State Antony Blinken pointed to detentions of political leaders, bans on opposition candidates, media censorship and manipulation of voter registration.

“Fearful of the voice and vote of Venezuelans, the regime grossly skewed the process to determine the result of this election long before any ballots had been cast,” Blinken said in a statement.

“Maduro robs Venezuelans of their chance to shape their own future,” he said.

“We call on the Maduro regime to cease its repression and allow Venezuelans to live in the peaceful, stable and democratic country they deserve and have long sought.”

Blinken reiterated US support for opposition leader Juan Guaido, whom the United States considers to be the interim president after questioning the legitimacy of Maduro’s last election.

European Union observers returned to the country after a 15-year absence and will present a report on Tuesday.

Weakened and fragmented, the opposition was only able to win in three states, although this significantly included oil-rich Zulia, the most populated region in the country whose capital Maracaibo is Venezuela’s second-largest city.