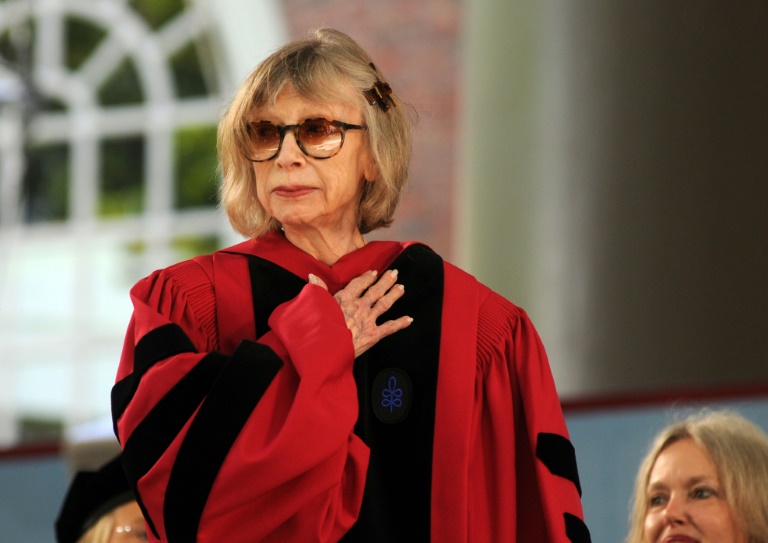 Author Joan Didion, a US literary icon credited with ushering in “new journalism” with her essays on Los Angeles life in the tumultuous 1960s, died on Thursday, The New York Times reported. She was 87.

Didion, known for her piercing insights and understated glamor, died at her home in Manhattan of Parkinson’s disease, the newspaper said.

Didion’s early work included her seminal 1968 essay collection “Slouching Towards Bethlehem” — which delighted critics and made her a bona fide star — as well as “The White Album,” another essay collection focusing on LA, and “Play It as It Lays,” a novel about Hollywood lives.

Decades after her heyday as a Hollywood socialite, screenwriter, essayist and novelist, Didion found herself again in the spotlight for her searingly honest writing on bereavement following a harrowing double tragedy.

Didion was 69 when her husband and screenwriting partner John Gregory Dunne suffered a fatal heart attack and, less than two years later, the couple’s daughter Quintana Roo was killed at age 39 by acute pancreatitis.

She explored her devastating loss in her 2011 memoir “Blue Nights.”

In this article:Joan Didion, literary icon, new journalism, US writer