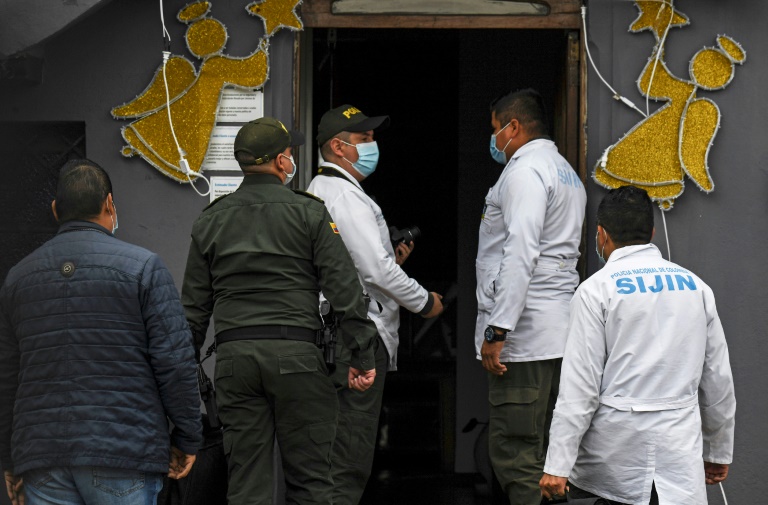 An unexploded bomb was found Friday at the Bogota offices of the leftist Comunes party that replaced the disarmed FARC guerrilla group, Colombian police said.

Police found a mobile phone near the device, suggesting it was to be activated from a distance, he added.

The venue, dubbed Casa Alternativa (Alternative House), is a meeting point for ex-FARC combatants and Comunes party members preparing the campaign for legislative elections in March.

“We were supposed to hold a meeting there with the youth of the @ComunesCoL party and tomorrow to have the launch of our party’s campaign,” party member Sergio Marin said on Twitter, adding: “Stop the attacks on peace!”

The building, in central Bogota, was sealed off by police.

“From now on, we tell those who want to use violence to prevent our political participation (in elections) that we will not be intimidated,” tweeted fellow party member Julian Gallo.

The Comunes party was born from the 2016 peace pact that disarmed the FARC and ended decades of internal conflict.

Despite the agreement, Colombia is gripped by violence as fighting continues over territory and resources between dissident FARC guerrillas, the ELN rebel group, paramilitary forces and drug cartels.

On Thursday, a car bomb detonated overnight outside government offices and the seat of a human rights body, killing one person and wounding 20 near the Venezuelan border.

In this article:bomb, Colombia, Conflict, farc