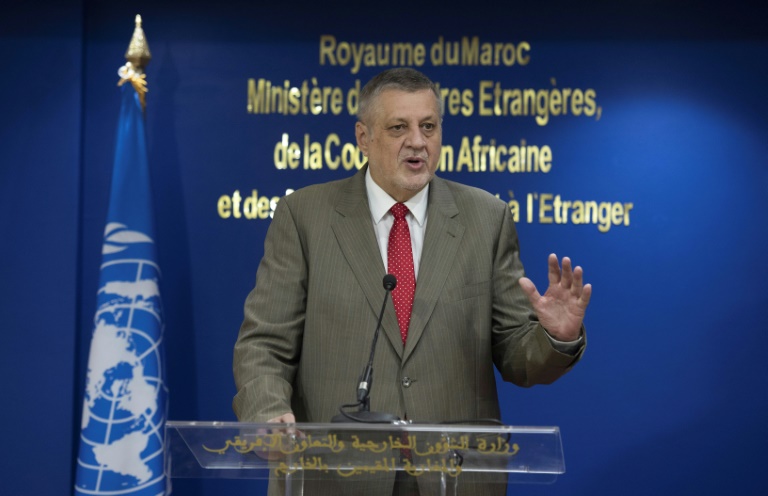 The UN special envoy for Libya, Jan Kubis of Slovakia, has quit less than a year after taking on the role, diplomatic sources at the United Nations said Tuesday.

“Kubis has resigned,” a diplomat told AFP on condition of anonymity, with several other diplomatic sources confirming the surprise development.

No official reason was given for the resignation, which comes one month before key presidential elections are to be held in Libya.

One diplomatic source suggested he may “feel he doesn’t have enough support.”

The UN Security Council recently split over whether to reconfigure the leadership of the global body’s political mission in Libya, with several members calling for the envoy’s post to be transfered from Geneva to Tripoli.

Diplomats said Kubis had been reluctant to undertake such a move.

The UN communications service had yet to issue a statement on the 69-year-old’s departure.

A former UN envoy for Lebanon, Kubis took up the Libya envoy post in January.

His sudden exit comes a day after the close of presidential nominations for Libya’s closely-watched elections slated for December 24.

According to Libya’s electoral commission, 98 candidates including two women have submitted applications to be on the presidential ballot.

Among the most notable hopefuls are Seif al-Islam Kadhafi, the son of slain dictator Moamer Kadhafi, and Khalifa Haftar, leader of the self-styled Libyan National Army in control of the country’s east and parts of the south.

Also in the running are former interior minister Fathi Bashagha and Prime Minister Abdulhamid Dbeibah of the interim, UN-brokered Government of National Unity.