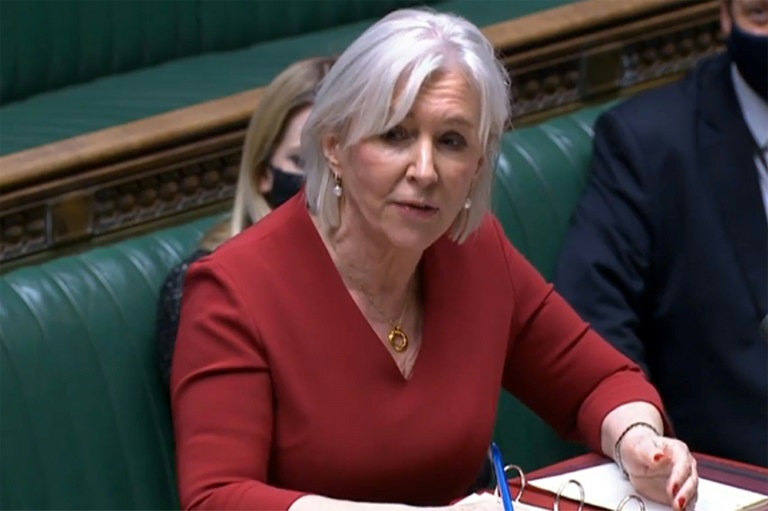 The UK government on Monday announced a freeze of the BBC licence fee, arguing a new funding model was needed to ease cost of living pressures and reflect a transformed media landscape.

Culture Secretary Nadine Dorries told parliament the £159 ($217, 190 euros) annual fee, paid by every television set owner in the country, would be fixed for the next two years.

After that it will rise in line with inflation for four years, she said, saying the rising annual cost of the compulsory charge was hurting cash-strapped families.

The long-term future of the corporation should not depend on a system which criminalises non-payers, she added.

But opposition parties linked the move to efforts to keep Prime Minister Boris Johnson in a job, by offering “red meat” to BBC critics, due to anger at lockdown-breaking parties at Downing Street.

“Is the licence fee really at the heart of the cost of living crisis or is this really about their long-term vendetta against the BBC?” she asked

“It’s at the heart of Operation Red Meat to stop the prime minister becoming dead meat,” she added, referring to a proposed government fight-back plan of populist measures to boost Johnson’s standing.

The BBC has come under increasing criticism from right-wingers since Britain’s divisive Brexit referendum in 2016 for alleged political bias, and pushing a “woke”, London-centric liberal agenda.

But the public service broadcaster, which this year marks its 100th anniversary and has editorial independence from government, has faced similar accusations from the political left.

Critics accused Johnson loyalist Dorries, who leaked details of the plan on Twitter on Sunday night after a torrid week for the prime minister, of “cultural vandalism”, wrecking a world-renowned British institution.

The licence fee funds television, radio and online services, including its popular iPlayer on-demand platform, as well as programming, many of which are exported commercially worldwide.

Dorries said discussions about the future of the funding model from 2028 will start “shortly” but change was needed because of evolving media consumption and technological advances.

“This is 2022, not 1922. We need a BBC that is ready to take the challenges of modern broadcasting, a BBC that will continue to engage the British public and that commands support from across the breadth of the UK, not just the London bubble, a BBC that can thrive alongside Netflix and Amazon Prime and all of its other challenges which attract younger viewers.”

BBC chairman Richard Sharp and director-general Tim Davie said they were disappointed at the move, warning it would hit British cultural industries and “necessitate tougher choices which will impact licence fee payers”.