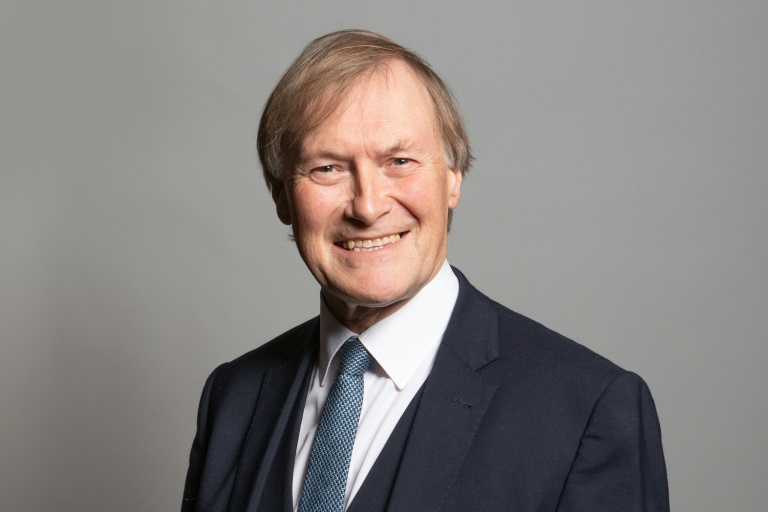 British counter-terrorism officers are leading the investigation into the killing on Friday of lawmaker David Amess, police said, as they probe the second death of a UK politician while meeting voters since 2016.

The pro-Brexit Conservative MP, 69, a father-of-five first elected to parliament in 1983, was stabbed to death inside a church while holding a fortnightly consultation with his local constituents in the small town of Leigh-on-Sea, east of London.

Essex police arrested a 25-year-old man at the scene on suspicion of murder and recovered a knife.

“The investigation is in its very early stages and is being led by officers from the specialist counter-terrorism command,” Ben-Julian Harrington, the force’s chief constable, told reporters.

The counter-terror unit is run by the capital’s two forces, the Metropolitan Police — Britain’s biggest — and City of London Police.

“We made it clear at the time of the incident that we did not believe there was any immediate further threat to anyone else in the area,” Harrington added.

“It will be for investigators to determine whether or not this is a terrorist incident.”

The killing has sent shockwaves around Britain.

Flags were lowered to half-mast outside parliament and tributes poured in from across the political spectrum for Amess, whose death came just over five years after the murder of Labour MP Jo Cox by a far-right extremist.

In a book last year called “Ayes &amp; Ears: A Survivor’s Guide to Westminster”, Amess noted that Cox’s death had prompted new security guidance to MPs which threatened to limit their access to constituents.

“Like everyone else I was stunned. A young and successful woman was cut down in the prime of her life, torn from the family who loved her,” he wrote about Cox.

“This sort of thing just was not supposed to happen in the UK,” he added, saying he had occasionally experienced “nuisance” at his own home.

“These increasing attacks have rather spoilt the great British tradition of the people openly meeting their elected politicians.”

Prime Minister Boris Johnson was chairing a meeting with senior ministers in the west of England but promptly returned to London following news of the incident.

“The reason I think people are so shocked and saddened is above all he was one of the kindest, nicest, most gentle people in politics,” Johnson said of Amess, calling him “a much-loved friend and colleague” and “a fine public servant”.

Former prime minister Theresa May said it was “a tragic day for our democracy”.

“A decent man and respected parliamentarian, killed in his own community while carrying out his public duties,” she said.

“In the coming days we will need to discuss and examine MPs’ security and any measures to be taken, but for now, our thoughts and prayers are with David’s family, friends and colleagues,” Hoyle added.

In January 2000, Liberal Democrat MP Nigel Jones was wounded and his assistant killed by a man wielding a ceremonial sword at a “surgery” — an open meeting for constituents.

Pro-EU MP Cox was killed in the run-up to the Brexit referendum, while another Labour MP, Stephen Timms, was stabbed multiple times during an event in 2010 but recovered and is still a lawmaker.

Timms said he was “appalled” at this latest attack. Cox’s widower Brendan said it was “as cowardly as it gets”.

“Attacking our elected representatives is an attack on democracy itself. There is no excuse, no justification,” he said.

Essex police said officers had responded to “reports of a stabbing” shortly after 12:05 pm (1105 GMT) and arrived to find a man injured.

“He was treated by emergency services but, sadly, died at the scene,” the force said.

Amess, first elected during Margaret Thatcher’s tenure and known for his advocacy of animal welfare and pro-life issues, had advertised his upcoming surgery at the Belfairs Methodist Church in Leigh-on-Sea.

Paul Gardiner, 41, a barber at One Barbers Leigh-On-Sea, told AFP that “armed police and an ambulance” were swiftly on the scene.

“When you’re not in your office, and you’re in a public place… that means essentially, that the levels of security that sometimes you’re advised to take can’t be taken,” he tweeted.