On Wednesday, an extravagant color-guard ceremony and 21-gun salute marked the beginning of meetings between Hu and Obama, who announced a major exports deal between the two countries.

The deal also includes a railway contract for General Electric, a deal by Cummins Engine to produce a hybrid bus, and a joint venture between Honeywell and Haier, a Chinese appliance maker. These deals will supposedly support 235,000 jobs in 12 states. 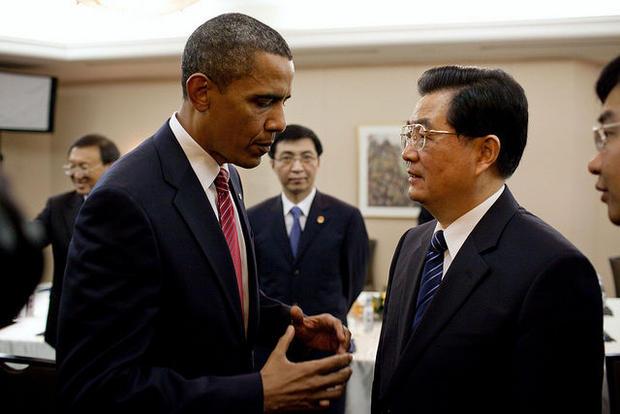 Hu said about working with the U.S., as the BBC reports: “We live in an increasingly diverse and colourful time. China and the United States should respect each other’s choice of development path and each other’s core interests. We should deepen mutual understanding through communication, increase mutual trust through dialogue and expand common ground through exchanges.”

Obama hinted at one of the contentious issues of the state visit – China’s record of human rights violations. As pro-Tibet protesters shouted from the other side of the White House, Obama said, “History shows that societies are more harmonious, nations are more successful and the world is more just, when the rights and responsibilities of all nations and all people are upheld. Including the universal rights of every human being.”

Since 2009, Hu and Obama have been working together on bilateral relations. China Daily reports the two sides have “established the China-US Strategic and Economic Dialogue and the high-level consultation on people-to-people exchange, setting up unique and effective platforms to enhance mutual trust and cooperation between China and the United States.”

In Washington, President Hu will also meet some members of the US Congress and will leave for Chicago to continue his four-day state visit.

In this article:China, exports, Obama, Trade