Both pipelines will carry natural gas and gas liquids from Pennsylvania, Ohio and West Virginia, an area that now accounts for more than a third of U.S. gas production. Energy Transfer LP set schedules for completion of the pipelines that far exceeded industrial norms. 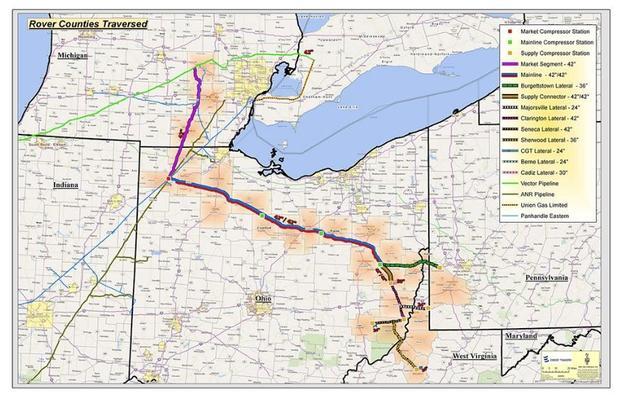 In the race to complete the pipelines on the irrational schedule, the two construction projects racked up state and federal environmental and regulatory violations that included spilling drilling fluid, creating sinkholes in backyards and improperly disposing of trash. The Rover pipeline alone incurred 681 federal violations. Violations date back to May 2017.

Violations date to May 2017
On May 25, 2017, Energy Transfer Partners (ETP) was told by the Federal Energy Regulatory Commission (FERC) they could not resume construction on the Rover Pipeline going through Ohio in a response to the Ohio Environmental Protection Agency’s (OEPA) letter that detailed ETP’s total of 18 spill incidents since construction on the Rover pipeline began in mid-February.

Energy Transfer was originally fined $430,000 on May 12, 2017, by the OEPA for eight environmental violations, all occurring in the first seven weeks of construction of the Rover Pipeline. 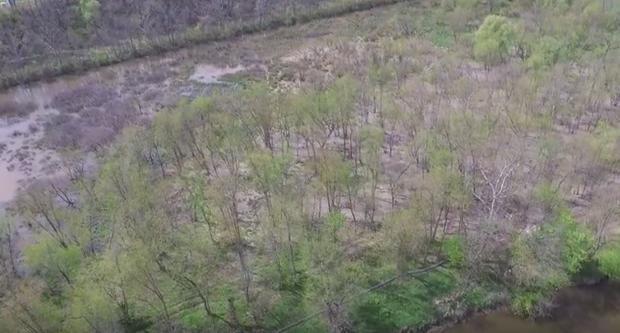 Going back further – to April 2017, Energy transfer Partners was cited with two violations by the Ohio EPA for spilling over two million gallons of drilling fluids into Ohio wetlands. It should be noted that FERC did not give Energy Transfer Partners a “blanket approval” because of their “intentional demolition” of an historic house near the pipeline’s route with no prior notice.”

There have been quite a number of work stoppages on the two pipelines, all due to serious violations in both Pennsylvania and Ohio. This should have raised warning flags before now. It also raises questions over the quality and integrity of the work that was done.

After finding the two pipelines had amassed over 800 violations in 18 months of construction, Reuters did a comparison study using four pipeline projects that like Rover and Mariner, cost more than $1.5 billion, stretched at least 150 miles and were under construction at the same time. Reuters found the four projects were constructed at about 17 miles per month. 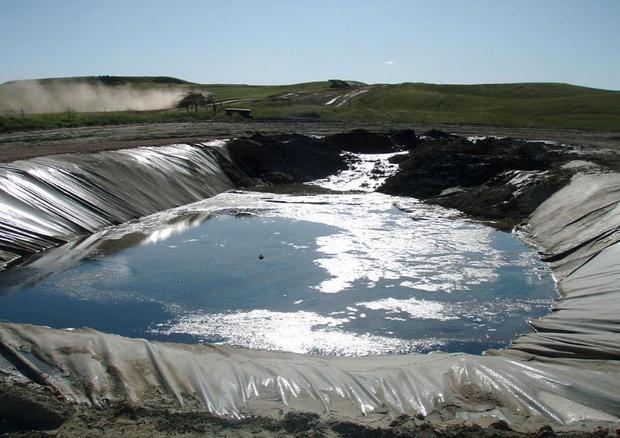 Bentonite is a clay that when mixed with water is used to cool drill heads in horizontal drilling like that being done on the Rover pipeline. It is supposed to be collected and disposed of properly.
Joshua Doubek

What has changed with Energy Transfer?
“Ohio’s negative experience with Rover has fundamentally changed how we will permit pipeline projects,” said James Lee, a spokesman for the Ohio Environmental Protection Agency.

All the problems with the pipeline going through Pennsylvania prompted state legislatures to craft bills tightening construction regulations, which have drawn bipartisan support.

“Any pipeline going through this area is going to face resistance which it would not have faced before,” said Pennsylvania State Senator Andy Dinniman, a Democrat.

Energy Transfer spokeswoman Alexis Daniel said the firm remained committed to safe construction and operation and at times went “above and beyond” regulations for the two projects.

According to Energy Partners, the last two sections of Rover were completed in November and it expects to put Mariner East 2 in service soon. To date, fines for violations top $15 million.