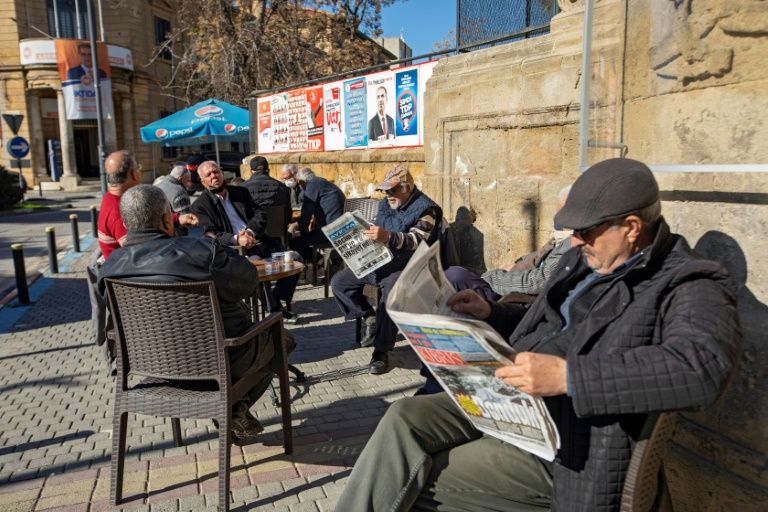 Turkish Cypriots cast their ballots on Sunday in a snap legislative election in the breakaway northern third of the Mediterranean island after a campaign dominated by an economic crisis.

The self-proclaimed Turkish Republic of Northern Cyprus (TRNC) — recognised only by Ankara — has been hit hard by the Covid pandemic and the plummeting value of the Turkish lira.

Analysts said there has been a lack of interest in the poll among the roughly 204,000 voters mainly concerned with health, safety and economic welfare.

“Compared to the previous elections in northern Cyprus, there is much less energy and enthusiasm in the air,” political scientists Ahmet Sozen and Devrim Sahin wrote on the website of Italian think tank ISPI.

Cyprus has been split since 1974 when Turkish forces occupied the northern part of the island in response to a military coup sponsored by the junta in power in Greece at the time.

Unlike in previous TRNC elections, campaigning this time has focused on the territory’s economic woes rather than any talk of a solution to the problem.

Hopes of resolving the intractable dispute suffered a setback when right-wing nationalist Ersin Tatar pulled off a surprise, narrow win over pro-unification candidate Mustafa Akinci in the TRNC’s 2020 presidential election.

Tatar, a close ally of Turkish President Recep Tayyip Erdogan, has pressed for recognition and insisted on a two-state solution at UN-brokered talks on ending the division.

His stance was flatly rejected by the majority Greek-speaking Republic of Cyprus, a European Union member with effective control over the southern two-thirds of the island.

The Erdogan administration was accused of interference in the TRNC’s 2020 presidential election, sparking resentment among many Turkish Cypriots.

This time, however, “there is no need for Turkey’s government to play an active role to change the course of the election”, Sozen and Sahin wrote.

Instead, it is Erdogan’s handling of the Turkish economy, on which the TRNC heavily relies, that has emerged as the primary issue in the poll.

“People are depressed because the cost of living is too high,” said Dervis Dizliklioglu, 72, a retiree.

“I hope that those who are elected will work effectively for the good of the people.”

The Turkish lira shed 44 percent of its value against the US dollar last year, driving up prices by a similar amount and exacerbating decades of economic isolation imposed on the north.

Opinion polls indicate that the right-wing National Unity Party (UBP), which envisions a two-state solution to the island’s division, will do the best in the election for a new parliament, where it holds 21 seats.

It is followed by the centre-left Republican Turkish Party (CTP), which favours a settlement with the Greek Cypriots.

But campaigning around the latest election has featured little debate over a solution to the Cyprus problem.

Some on the left have called for a boycott.

The small United Cyprus Party (BKP), which favours a federal solution, stated that “nothing will change” until Turkish Cypriots are “liberated from the yoke of Ankara”.

Negotiations to resolve the Cyprus problem have been suspended since 2017.

Attempts by the United Nations — which controls the buffer zone separating the Turkish-speaking north and Greek-speaking south — to revive negotiations in April 2021 ended in failure.

In 2004, Greek Cypriots rejected a UN plan for the creation of a loose federation on the island. The majority of Turkish Cypriots voted in favour of the scheme.

Turkish Cypriots will vote until 6:00 pm (1600 GMT) to elect 50 representatives in six constituencies. Preliminary results are expected on Monday.

In this article:Cyprus, trnc, Vote