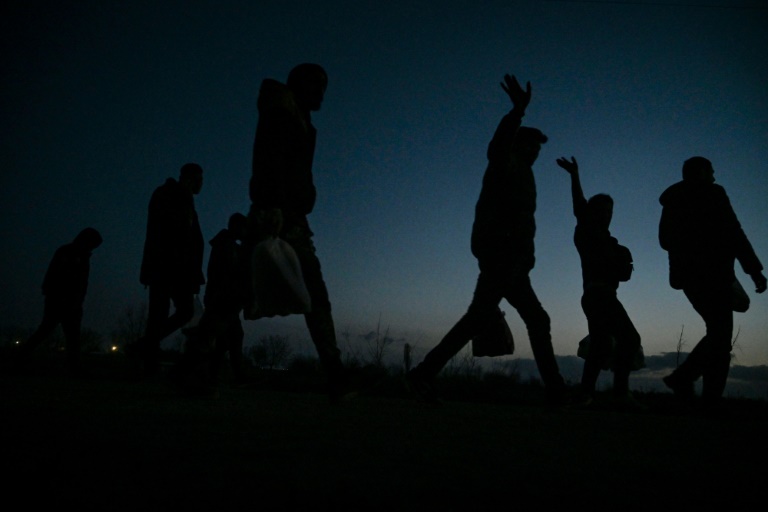 Turkey on Wednesday accused Greece of allowing 12 migrants to die in the winter cold after stripping them of their clothes and then pushing them back across the Turkish border.

The charges from Turkish Interior Minister Suleyman Soylu threaten to escalate simmering tensions between the rival members of the NATO defence alliance.

They also highlighted Ankara’s concern that the European Union was not doing enough to support Turkey — which hosts an estimated five million refugees and migrants — in the face of a potential new flow of people from Afghanistan.

“Twelve of the 22 migrants pushed back by Greek border units” froze to death after being “stripped (of) their clothes and shoes”, Soylu wrote in English.

The “EU is remediless, weak and void of humane feelings”, he added.

Soylu said the pictures were taken near Turkey’s western border town of Ipsala.

The regional governor’s office said 11 of the migrants were discovered frozen to death.

Another person who was rushed to hospital with frostbite “could not be saved and died”, the governor’s office said without identifying the nationalities of the migrants.

Ankara’s uneasy relations with Athens plunged into crisis in 2020 as Turkey began exploring for natural gas in eastern Mediterranean waters claimed by Greece and its fellow EU member Cyprus.

The conflict threatened to spill over into all-out war when their naval warships collided in disputed circumstances near one of the contested Mediterranean energy fields.

NATO then set up a telephone hotline aimed at addressing immediate security concerns.

But the sides continued to accuse each other of trying to escalate tensions by staging air and sea exercises around a string of islands whose ownership has been under dispute for most of the past century.

These tensions have been compounded by Ankara’s claims that Greece is violating international conventions by intercepting migrant boats in the Aegean and then sending them back to Turkey.

Athens denies violating international conventions and insists it is doing its duty to protect the EU’s southeastern borders against illegal crossings.

The EU has infuriated Turkey by largely supporting the Greek position.

The governor’s office responsible for security by the Greek border said judicial officials had launched a formal investigation into the circumstances of the migrants’ deaths.

The border deaths come just over a month after Greece was rocked by a rapid series of boat accidents in the Aegean that killed at least 30 people.

The UN refugee agency estimates that more than 2,500 people died or went missing at sea as they tried to reach Europe from North Africa and Turkey last year.

Greece has fenced off large stretches of its 212-kilometre (132-mile) border with Turkey to limit some of the refugee flows.

But Turkish President Recep Tayyip Erdogan helped spark violent border clashes by encouraging thousands of migrants to cross into Greece during a heated diplomatic dispute with the EU in March 2020.

The EU has since agreed to extend the terms of a 2016 deal under which Brussels provides billions of dollars in aid to Ankara in exchange for Turkey agreeing to host millions of Syrian and other refugees.

In this article:Greece, Migrants, Turkey