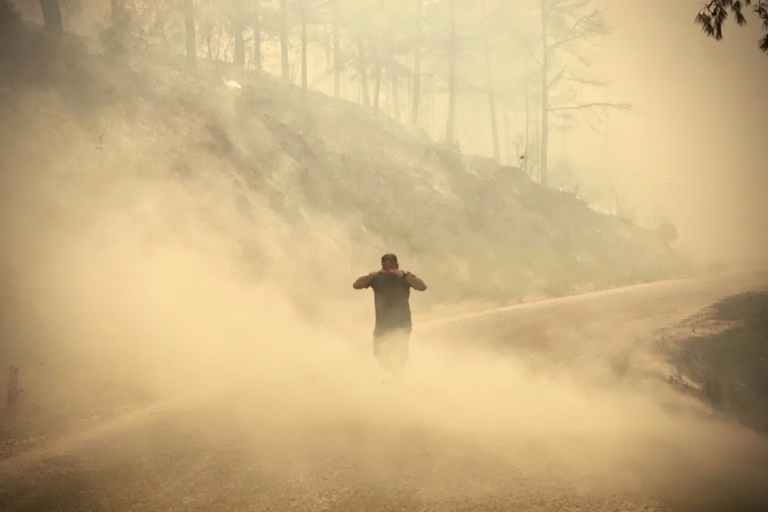 Fire crews tackled blazes for a fourth day as the number of people killed in forest fires sweeping through southern Turkey rose to six on Saturday, state media reported.

The wildfires broke out on Wednesday and have since injured more than 300 and forced the evacuation of villages and hotels.

The toll rose after the bodies of two workers who had been trying to put out the fires were found, state news agency Anadolu reported.

The agency said another fire began on Saturday in the tourist city of Bodrum with other reports saying people had been evacuated from their homes and hotels.

Ten fires are still going and another 88 have been brought under control since Wednesday, Agriculture and Forestry Minister Bekir Pakdemirli tweeted.

Investigators are trying to establish if some of the fires were started deliberately.

The Turkish leader has taken flak at home after it emerged that Turkey had no firefighting planes despite one-third of its territory being forested and fires becoming an increasing problem.

“The main reason for these issues with planes is that the Turkish Aeronautical Association has not been able to update its fleet and technology,” Erdogan said during a visit to the town of Manavgat, one of the affected areas.

More than 2,600 fires have erupted each year on average in the last decade, but that figure jumped to almost 3,400 last year, said Husrev Ozkara, vice chair of the Turkish Foresters Association.