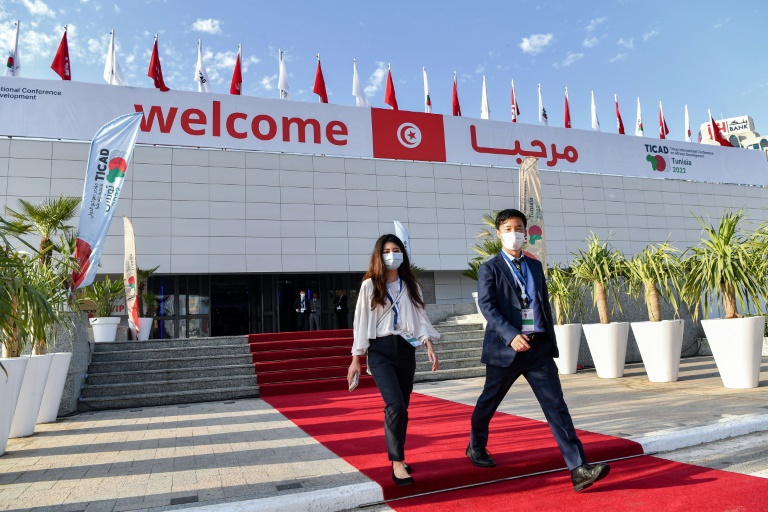 Japan opens an African investment conference in Tunisia on Saturday, seeking to counter the influence of rival China which has steadily grown its economic imprint on the continent.

The conference takes place amid a “complex” international environment caused by the coronavirus pandemic and the war in Ukraine, the Japanese foreign ministry has noted.

Some 30 heads of state and government are expected to attend the event in the capital Tunis, at a time when the import-dependent North African nation is grappling with a deepening economic malaise.

The eighth Tokyo International Conference on African Development (TICAD8) also comes as Beijing cements its influence on the continent with its “Belt and Road” infrastructure initiative.

It is the first TICAD — held every three years either in Japan or an African country — since the pandemic began.

Prime Minister Fumio Kishida will be attending remotely after testing positive for Covid-19.

The Japanese delegation will be led by Foreign Minister Yoshimasa Hayashi, with about 5,000 participants set to attend.

But the opening risks being overshadowed by Morocco withdrawing from the event and recalling its ambassador from Tunisia for consultations, after Tunisia’s President Kais Saied hosted the head of Western Sahara’s Polisario independence movement.

Since 1993, TICAD conferences backed by the United Nations and other international agencies have generated 26 development projects in 20 African countries.

Most are funded by the Japan International Cooperation Agency (JICA).

The conference will focus on three pillars: economy; society; and peace and stability.

But no journalists from African news outlets have been given access to delegates ahead of the event, except Tunisian state media, alongside Japanese journalists.

Japanese economic paper Nikkei reported that aid to Africa could increase by 40 percent over the next three years, in response to other powers that have boosted their presence on the continent.

At the last TICAD in 2019, former premier Shinzo Abe — who was assassinated at a campaign event last month — warned investors in Africa that they must beware of burdening countries with “excessive” debt, an apparent swipe at China.

Tunisian authorities hope their struggling economy will benefit from hosting the conference by attracting Japanese investment, particularly in the health, automotive and renewable energy sectors.

The conference has sparked anger among Tunisians as major road closures threatened traffic disruptions in the capital.

Authorities also drew widespread mockery after detaining Japanese satellite engineers — TICAD delegates — at Tunis airport for hours because they were in possession of a model satellite that they intend to use to showcase technology.

Authorities have spruced up parts of the city likely to be seen by delegates and dug in roadside plants, but these efforts have also drawn the ire of social media users.

“I feel deeply insulted by the clean-up of Tunis for the TICAD,” one Tunisian wrote on Twitter, arguing that “those we pay to make our lives easier” should instead focus on making the capital livable for citizens all year round.

In this article:Africa, Investment, Japan, Tunisia