CNN’s Reporter’s Notebook aired a show on Virginia’s Tangier Island June 9, focusing on the vulnerability of the island and its families, many of them direct descendants of the original settlers who discovered the island in 1608. Nearly 80 percent of the 450 residents voted for Trump. They don’t care that Trump pulled out of the Paris agreement, thinking the move frees up more money to help them.

According to CNN’s Jennifer Gray, “When I asked people their thoughts on climate change, everyone had the same answer. They said it doesn’t matter what’s causing it. They are sick of hearing debates about human-caused or natural cycles. They want people to open their eyes and see what’s happening to Tangier.” 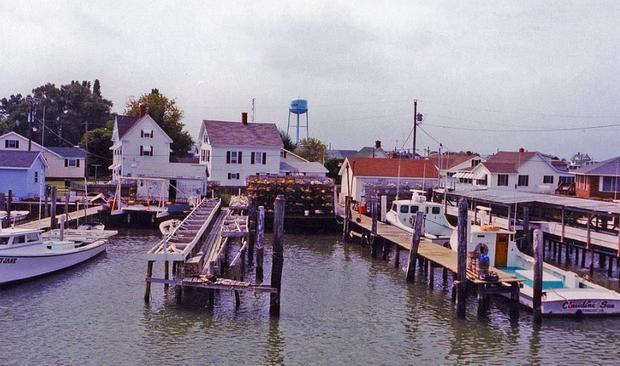 The harbor channel looking south to the main town, Tangier Island, Virginia. The water tower in the background is the center of the town.
David Broad
Trump telephone call recounted by the mayor
Mayor Eskridge was astounded and humbled by the call and told reporters that after introducing himself, Trump said, “You’ve got one heck of an island there,” and “I’ve just got to talk to that guy.” Eskridge responded in kind, saying how much everyone appreciated him.

“He said, ‘Me and my family, we love you and your family and we love the citizens of Tangier Island.’ So, Donald Trump knows about Tangier Island — that’s going to be the peak of my career,” Eskridge said. 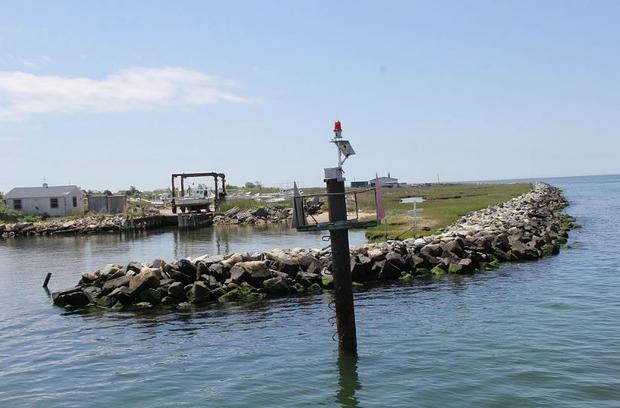 Tangier Islad, in Virginia.
Rock barriers have really done no good at keeping the relentless rise of the sea at bay. Photo taken in December 2016.
Eli Christman of Richmond, Va.
Time for a fact check, Mr. Trump
I am guessing that Eskridge thinks the president is going to authorize another big wall to be constructed, this time around the island, but perhaps Trump just doesn’t know what has been going on over the past several decades. Tangier Island is located in the middle of the Chesapeake Bay, about an hour’s ferry boat ride from Washington D.C.

The island has lost two-thirds of its land mass since 1850 and is now barely hanging on, with just 1.2 square miles of terra firma left. Erosion – and plenty of it – has been eating away at the island for years. On average, 15 feet of the island is lost to the sea every year.

The island’s harbor is a lifeline to the residents, most of them dependent on the sea for their jobs in the crab fishing industry. The harbor entrance is directly threatened by erosion and it keeps getting wider as the sea relentlessly rises. There has been a discussion in the Virginia legislature over the building of a sea wall. 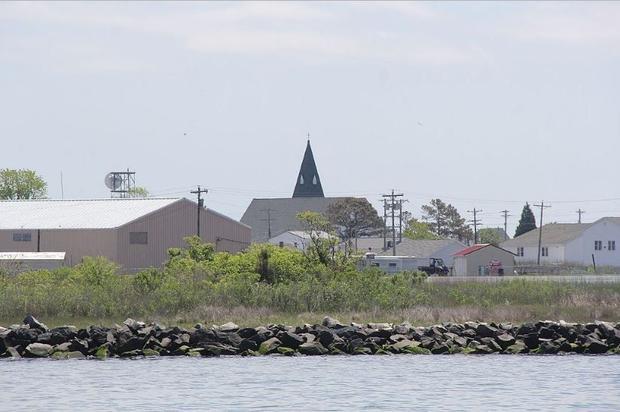 From the photo, you can see that Tangier Island is almost level with the sea.
Eli Christman of Richmond, Va.
In 2012, in the aftermath of Hurricane Sandy, a good portion of the island’s northern part was scrubbed clean by the storm. It was so powerful that graves were opened by the storm surge, leaving skeletons of islanders buried more than a century before littering the shoreline.

So in 2012, Virginia Governor Bob McDonnell threw Tangier Island a $4.0 million lifeline. There’s enough federal and state money available to add some protection. A jetty and a seawall were planned to protect the harbor and the island’s fast-eroding western edge. But today, that plan has yet to bear fruit.

The bottom line is this – Tangier Island, like other islands in the Chesapeake Bay and thousands of islands around the world, is going to disappear due to rising sea levels. It could happen within the next 30 or 40 years or even sooner. It depends on the whims of the extreme weather the planet now faces every year.

It is an excruciating decision, determining which communities are worth saving from the relentless sea. It comes down to how much money we would be willing to spend in sea walls and other work that might not make a difference anyway. Skip Stiles, the head of Wetlands Watch says, “Is there even enough money in the world to buy out—to make whole—everybody’s investment that’s going to get soggy?”