NASA’s Carbon Monitoring System (CMS), is a $10 million-a-year initiative that tracks greenhouse gas emissions across the globe, according to Science magazine.

The program uses data and imaging from satellite and aircraft measurements of CO2 and methane to create a cohesive picture of the flow of carbon and methane across the Earth. And this information is vital to tracking national emissions levels.

In a paper published May 9, 2018, the journal Science reports it has received a confirmation from NASA that the CMS program begun in 2010 has been canceled. Science describes this latest move by the Trump administration as a “broad attack on climate science. Now, President Donald Trump’s administration has quietly killed the CMS,”

“If you cannot measure emissions reductions, you cannot be confident that countries are adhering to the [Paris climate] agreement,” Kelly Sims Gallagher, director of Tufts University’s Center for International Environment and Resource Policy in Massachusetts, told Science. Canceling the CMS “is a grave mistake,” she said. 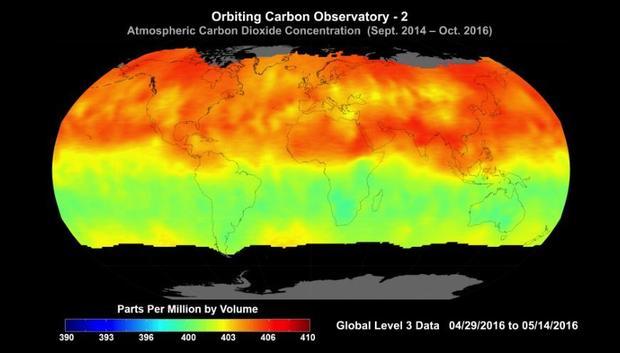 Readings are from the OCO-2 satellite.
NASA Jet Propulsion Laboratory

The space agency’s spokesman Steve Cole was quoted as saying there was no mention of the CMS in the budget deal signed in March, and this “allowed the administration’s move to take effect.”

In the Omnibus Appropriations bill passed in March, four of the five Earth science programs the administration wanted to cut — the Plankton, Aerosol, Cloud, and ocean Ecosystem (PACE) mission, the CLARREO Pathfinder and Orbiting Carbon Observatory 3 instruments, and the Earth observation instruments on the Deep Space Climate Observatory spacecraft – were specifically funded in the new budget.

The CMS project was apparently not on the list, so it was forthwith, canceled, according to Cole, saying the decision was “a joint effort by Congress and the Executive Branch.” 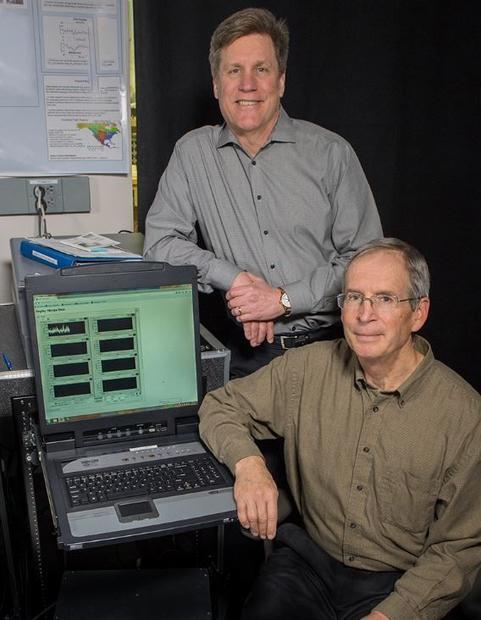 Goddard scientists Randy Kawa (seated) and Paul Newman will be flying modified, commercial-off-the-shelf methane/carbon-dioxide analyzers, wind sensors, camera, and GPS on a C-23 Sherpa aircraft to obtain regional carbon-flux measurements. They are pictured here with the computer in front and one of the instruments behind the screen.
NASA/W. Hrybyk.

Trump had already axed the Orbiting Carbon Observatory 3 (OCO-3) in May of 2017 after telling the world he was pulling the United States out of the Paris Climate Accord.

In a bit of good news, Cole said in an email to AFP that the “winding down of this specific research program does not curb NASA’s ability or commitment to monitoring carbon and its effects on our changing planet. In fact, GEDI, a new ecosystem carbon-monitoring instrument, is set to launch to the International Space Station this summer.”

While this news is encouraging, Stephen Hagen, a senior scientist at Applied GeoSolutions who works on laser mapping tools for tropical forests, was disappointed by NASA’s decision. He points out that ultimately, “this means we’re going to be less capable of tracking changes in carbon.”

A bigger worry by a number of experts is the feeling the U.S. is shooting itself in the foot in the area of carbon monitoring and climate science, in general. The programs Trump is cutting will have to be picked up by scientists in Europe, leaving U.S. technology by the wayside. But, this is the price we are going to pay for the administration’s “isolationist” policies.